Discrimination based on hairstyle at Community College 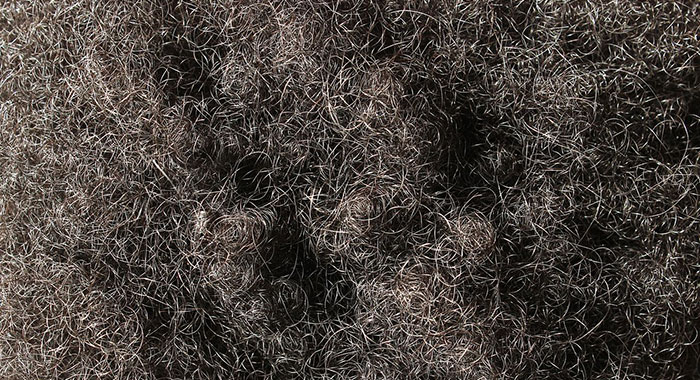 An internet photo of hair.

Please allow me a space in your publication to put focus on a matter that not only affects me but many other male students at the St. Vincent and the Grenadines Community College. I am still a teenager and, therefore, I have been educated under what is constantly touted as the “Education Revolution”.  It amazes me, though, that my peers and I, children of the education revolution — as Hon. Dr. Ralph E. Gonsalves would describe us — are still battling with archaic oppressive systems — systems that are based solely on the personal preferences of education officials, instead of international standards and certainly not based on human rights laws.

Allow me to explain. Since entering the college I have been constantly harassed by various members of staff for having long hair. My hair is never unkempt — and even the word unkempt could be termed prejudicial so I use it with the best of intentions. According to the manual for my division, in relation to the male uniform, “plaits and twists” are not permitted.

Editor, to take a matter like this to a court of law for judicial review would create a most ludicrous scene. So many questions could be raised. Note the rule says nothing about Jheri curls. I assume that that particular style is permitted. Additionally, twisting and braiding/plaiting are hair manipulation techniques commonly used by some who wish to sport dreadlocks. The implications of this rule are far reaching. It could be easily argued that the school is imposing on the rights of students to, if they wish, transition their hair into locks.

Editor, Section 27 of the Education Act 2006 makes it clear that schools should not bar students from instruction based on discrimination. As far as I know, the Education Act is the law of the land and all education institutions are mandated by law to have rules and regulations that are within compliance. The St. Vincent and the Grenadines Community College must comply with the laws of St. Vincent and the Grenadines, and ensure that they do not discriminate against any student.

I am certain that many of your readers, like the powers that be at the Community College, are of the opinion that a man should not have long hair, and therein lies a most discriminatory political ideology. Female students of my division are not told that they should not wear their hair braided or in twists. In fact, the rules say nothing about the way females should wear their hair. It could thus be argued that to single out male students for such an imposition is discriminatory and a clear instance in which personal bias has transformed into institutional regulations. Editor, if my hair while braided were to impact the health of any student of staff I would show up to school with just an Afro. I wonder if an Afro would also cause unease. Maybe I would be seen as leading the charge in a pro-Black movement and be asked to leave the institution. Heaven forbid that we, as students, be allowed to carry our hair in natural modes.

Editor, I must remind you and readers of the recent incident involving a primary school student who was forced to stay away from school because she sported uncovered dreadlocks in breach of the school’s rule of dreadlocks having to be covered. The Permanent Secretary in the Ministry of Education after consultation with our trusted Attorney General issued the following statement: “… the school should readmit the student not only because she suffers from a skin condition that prohibits her from covering her hair but also because it is unconscionable to disallow a child an education based of their religion or how they wear their hair.” (iWN, March 7, 2019) The Ministry of Education made it clear that persons who were in breach of the Education Act on matters of discrimination could be fined as much as EC$2,000, since no child should be denied access to education based on “religion or appearance”.

As I write this letter, I distinctly remember a teacher, when questioned about the rule, saying to one student: “It doesn’t matter what you think is right, you should just follow it.”

Editor, it matters what I think is right. What I think is right matters especially when inhumane practices are upheld in educational institutions that are charged with creating the future leaders of this our blessed land. Are we simply going to allow these discriminatory practices to continue? I hope not, and I call on the Board of the St. Vincent and the Grenadines Community College to clean up their rules and regulations and bring them into compliance with the Education Act 2006 of St. Vincent and the Grenadines.

Let body shaming and all acts of discrimination be a thing of the past!

5 replies on “Discrimination based on hairstyle at Community College”