Partisan politics and the PSU 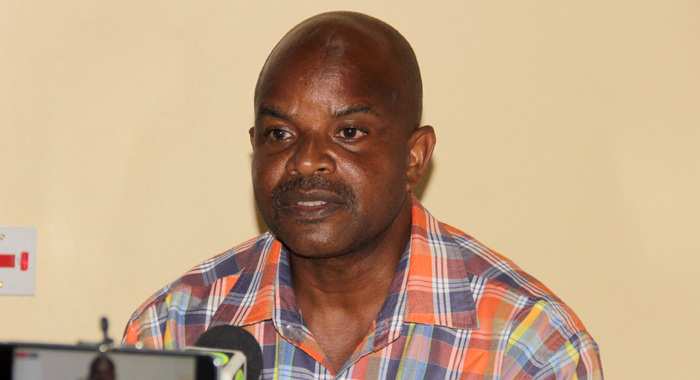 (Candid Conversations with a Vincy)

By A Candid Observer

The main aim of the Public Service Union (PSU) in St. Vincent and the Grenadines (SVG)  is to fight for the rights of ALL public servants, regardless of party affiliation.

Obviously, this fight for the public servants would generally put the PSU at odds with the Government, especially if the leader of the PSU is labelled as a supporter of the New Democratic Party (NDP). Herein lies the problem. The image and credibility of the union could suffer if issues are not articulated in a seemingly impartial and independent manner.

The PSU has great potential and has woken up from a seemingly long slumber as it has come a long way under this current leadership of Mr. Elroy Boucher. However, the leadership is not without its flaws. The pronouncements of Mr. Boucher in a video provided on iWitness News for public servants to vote for the NDP is not rhetoric that should be articulated in an official public setting in his capacity as a union leader.

This issue serves to do more harm to the union than good. Public perceptions and image are integral to the growth and survivability of an institution.

Could it be that the union, already seen as anti-Unity Labour Party (ULP), could be viewed by ULP supporters as a union non grata?

Could it be that after all the positive strides that the PSU has made that it could undo a lot of that positive work with an unnecessary self-inflicted wound?

Could it be that such a statement by the leader of the PSU could hinder ULP supporters or impartial supporters from joining the union, unless they are severely mistreated or victimised?

I have no doubt that Mr. Boucher is the man to continue to fight the union’s cause, but he must ensure that seemingly personal and political battles are fought in their appropriate arena and not in the independent and impartial office of the PSU. PSU should be the public servant’s Switzerland, in the world war of politics.

I also want to speak to the issue of the head of the union [allegedly] asking the Prime Minister (PM) to look into a personal matter of promotion for him. Personally, I see no issue with that, as he is a public servant and the issues of victimisation and nepotism is real (just look at all if not most heads of departments, look at most if not all of the permanent secretaries, look at who is the chief medical officer, hospital administrator, chief nursing officer, IT Coordinator and previous engineering head at the MCMH now working at Port Authority; just for some examples). However, as the leader of the union, who appears to have some sort of personal or political grudge with the PM, one must tread extremely cautious in these matters.

The PM could have assisted or looked into Boucher’s personal issue as he has orally indicated that he did similar favours for others while speaking on NBC radio on November 18th, 2020; and also on the Round Table Talk show. However, possible differing politics and personal differences would have made this assistance (from the PM) virtually non-existent.

In my opinion, it would be professional and mature of the head of the union to offer a public apology on behalf of himself and the union he represents. I say this because I personally know of ULP and NDP supporters who have been turned off from his rhetoric in that regard.

Albeit, I would encourage all public servants, regardless of party affiliation, to join the PSU, join their new medical insurance plan; understand the benefits of being in a trade union and know your constitutional rights.

There is another issue that has plagued me for some time. I heard, before the PM confirmed it, that there is NO meaningful or significant consultation with the Leader of the Opposition or the PSU concerning the selection of one to three members on the Public Service Commission (PSC) — in accordance with Section 77 of the Constitution of SVG.

When we hear of consult, what comes to mind? Apparently consultation is in the form of a phone call (by the PM to the Opposition Leader and the PSU) to say this is whom I have selected. Does that sound like consultation? Honestly, it sounds unbelievable to me and a bit autocratic. This form of “consultation” does not embrace the values of inclusiveness, which the Governor General (our representative head of state) “advised” the PM to adopt.

Now to be fair to the PM, the definition of consult has multiple meanings. I will list two definitions from the Cambridge Dictionary:

It would be interesting to know what was the real intent of the lawmakers when this piece of legislation was created. Nevertheless, in the true spirit of democracy and inclusiveness or togetherness, the PM should actively and meaningfully engage both parties before an agreed consensus is arrived at. Maybe my thinking is utopic in nature, maybe it is “aspirational” as opposed to a victory for inclusivity. I believe that such an approach is within the gamut of the constitution and will greatly and fairly benefit ALL Public Servants, if that is what the PM truly desires.

There is always the speculation that ALL of the members on the PSC are members, supporters or financiers of the ruling administration. Let us dispel that notion by being more inclusive so that the politics in this country will be more than party, but more about people and more about Vincy.

I want to once more encourage all citizens to put aside partisan politics and join the PSU, as our PM himself was a voracious fighter for the unions, a fighter for rights. Let your voice be heard as one people and one Vincy.