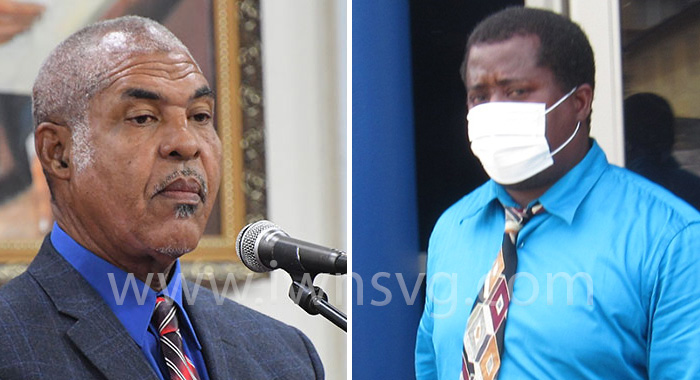 When he was elected to Parliament in 2001, he never imagined that he would one day become Deputy Prime Minister of St. Vincent and the Grenadines, says Montgomery Daniel.

Daniel, who was elected MP for North Windward for a fifth consecutive five-year term in the Nov. 5 general elections was appointed second in command to Prime Minister Ralph Gonsalves.

“It is indeed an honour and a privilege to be elected to this parliament for five consecutive terms and I am indeed grateful to the constituency of North Windward,” Daniel said on Monday, as the 11th Parliament met for the first time after the general election.

He thanked the prime minister and his Unity Labour Party colleagues “for granting me the opportunity to serve as deputy prime minister here in St. Vincent and the Grenadines.

“Madam Speaker, when I was elected to this parliament in 2001, never did it cross my mind that I will be sitting in this parliament as the deputy prime minister of this country,” said Daniel, who served previously as minister of agriculture, minister of housing and now heads the transport and works ministry.

“And, indeed, equally I owe that debt of gratitude to the honourable Prime Minister and my colleagues. And I want to say to you that I intend to work with you for the next five years,” said Daniel, who is in his late 60s.

He noted his previous and current ministerial portfolios, adding,

“And I want to assure the people of St. Vincent and the Grenadines that I will continue to do my best in a challenging ministry in these challenging times.”

He welcomed and congratulated all Members of Parliament, especially the new members, adding that he looks forward to working with them for the next five years.

“For all of us who are given that gratitude of returning here to this parliament, I believe that the people of St. Vincent and the Grenadines, through the different constituencies, that the people have given all of us that honour and that privilege to return to do the work of this country by lifting St. Vincent and the Grenadines higher,” Daniel said.

He went on to congratulate Rochelle Forde, who created history by being elected the first female speaker of the national assembly.

Forde, a lawyer, is a former senator of the ULP and is also a former deputy speaker of the house.

“I remember a few years ago both of us sat in these hallowed walls and we worked well. You have now risen to a higher level and I know, of course, you can do very well in that position,” Daniel said.

“And I am looking forward to working with you for the next five years and I thank you very much for giving me the opportunity and I thank all the people of St. Vincent and the Grenadines for re-electing the Unity Labour Party to office where we can serve this country again,” he said.