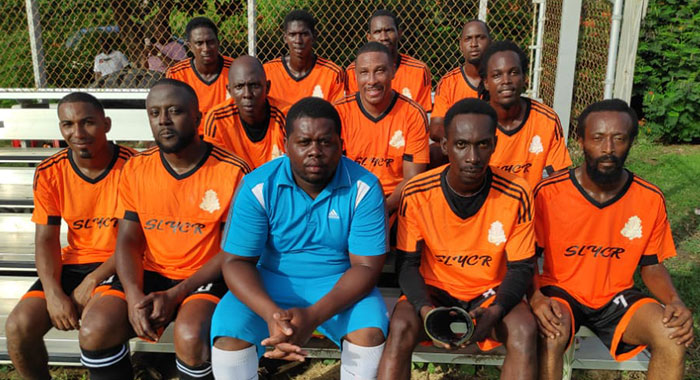 The first round of matches in the SVGFF/Hairoun Beer Canouan Football League took place on Saturday at the Fisheries Playing Field despite rainy conditions.

Goal scorers for SLYCR/GBC Celtic were Alroy Benn (2) and his brother Terroson Solomon (2).

For Mexican Family (1) Akeem Williams found the back of the net twice, while Collin Laidlow scored the other goal.

The second of the double header came to abrupt postponement after heavy showers forced Referee Dominique Stowe to end the game because of a flooded field.

Doing the trick for YardBoyz was the ever-present Benjamin Williams, who netted two goals.

Marlon Scrubb also scored twice, while Cleus Codougan contributed one to the tally.

The game will continue date to be determined.

Yard Boyz came from behind with 2 goals each from Benjamin Williams and Marlon Scrubb, with Desron John contributing 1. The lone goal for Canouan Utd came from Mequan Compton.

Games will continue this weekend.

The opening matches followed soccerama the previous Sunday, when the competition was formally opened.