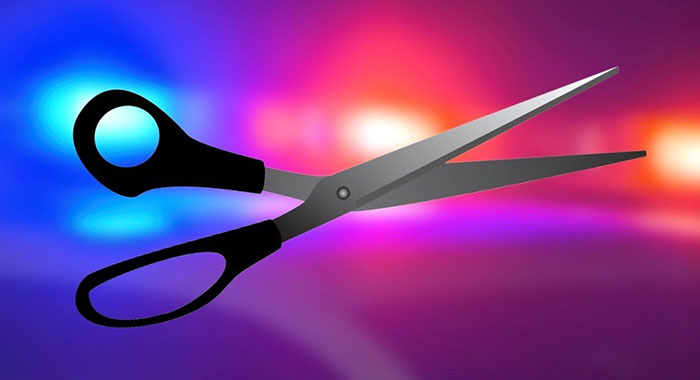 A 50-year-old resident of Vermont suffered grievous bodily harm after being stabbed in the left eye with a pair of scissors, police say.

The victim was not identified in the regular police bulletin this week, but police said they have charged Jamarie Bushay, a 27-year-old labourer of the South Leeward community with the offence of inflicting grievous bodily harm.

Bushay appeared before the Kingstown Magistrate Court for arraignment but was not allowed to plead to the indictable offence.

Bail was granted in the sum of $7,000 with one surety.  He was ordered not to contact the virtual complainant and report the Vermont Police Station on Mondays between 8 a.m. and 8 p.m.

The matter was transferred to the Serious Offences Court for a preliminary inquiry.