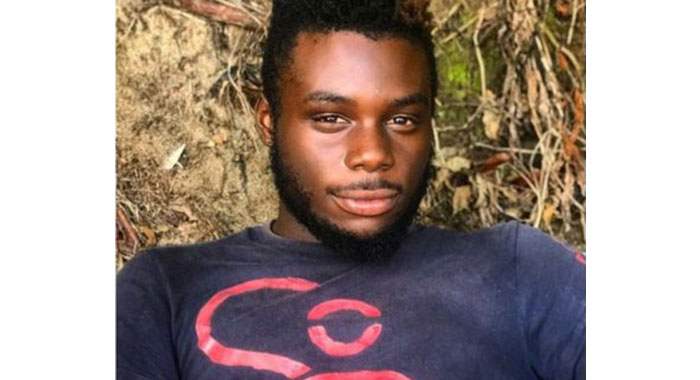 The Major Crime Unit (MCU), a squad of elite detectives, as well as police at the Biabou Police Station have launched separate investigations into one killing, one suspicious death, and a shooting that resulted in injuries to three persons.

Detectives are investigating the death of a 21-year-old man who was shot and killed in Largo Height on Saturday night, a gun attack outside a club in Arnos Vale that left three people injured Saturday morning, and the death of a 50-year-old man, whose decomposing body was found hanging from his ceiling of his house in Cedars on Sunday.

Police said in a release on Sunday that they have one suspect in custody in connection with the killing of Malachi Cyrus, a 21-year-old data entry clerk, of Largo Height.

Cyrus died after being shot in his Central Kingstown village about 7:50 p.m. Saturday.

Police say that Cyrus was sitting on a wall among a group of persons in Largo Height when a masked gunman appeared and shot him.

He was taken to the Milton Cato Memorial Hospital (MCMH) where he succumbed to his injuries.

Cyrus’ death marks the 30th homicide recorded in St. Vincent and the Grenadines for 2020.

And, about 3:50 am on Saturday, an armed assailant opened fired on two males and a female in the parking lot of Club ENVY in Arnos Vale.

Police said that the assailant fired several shots at the trio, injuring all three of them.

All three shooting victims are in stable condition police said Sunday night, adding that the motive of the shooting in unknown.

Meanwhile, police at the Biabou Police Station have launched an investigation into the death of Ron Maloney, a 50-year-old carpenter of Cedars.

About midday Sunday, Maloney’s partially decomposed body was found hanging from the ceiling of his living room at his home.

Earlier that day, one of Maloney’s acquaintances visited him and found the doors and windows of the house locked and a foul odour coming from inside of the house.

The Biabou police were alerted and later visited the scene.

The police forced open the house door and discovered the body hanging from the ceiling by a rope.

Police are asking anyone with information about these incidents to telephone 784-458-4200, 784-456-1339 any police station across the country, or speak with any police officer with which they are comfortable.

“Your information would be treated confidentially,” police said.