Husband remanded over breach of order to stay away from wife 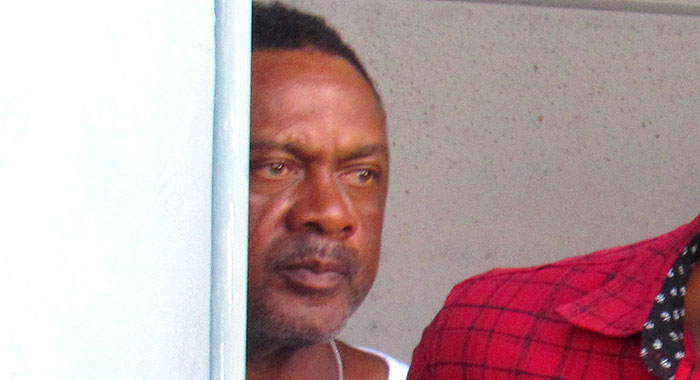 A man accused of breaching a court order to stay away from his wife, who he allegedly stabbed, saw his bail revoked on Monday, but was given an earlier trial date.

Senior Magistrate Rickie Burnett remanded Dexter Quammie, 46, of Rillan Hill, originally of Dauphnie, into custody after he pleaded not guilty to charges of criminal trespass and approaching his wife, Roshel Quammie, with the intention to intimidate her.

On Nov. 30, the Kingstown Magistrate’s Court granted Quammie EC$2,500 bail and ordered him to have no contact with his wife, a 35-year-old caretaker, also of Rillan Hill.

The court also ordered him to vacate the matrimonial home, pending the outcome of a trial.

Quammie had pleaded not guilty to a charge that he unlawfully and maliciously wounded his wife by stabbing her about the body with a knife at their home, about 5:50 p.m. on Nov. 29.

However, police allegedly arrested Quammie in his wife’s yard Sunday at 12:40 a.m., within 25 feet of his wife.

Quammie was also read two additional charges in connection with the Nov. 29 allegation.

He pleaded not guilty to charges of assaulting his wife, occasioning actual bodily harm and a similar charge in relation to his stepdaughter, a minor.

In arguing for the revocation of Quammie’s bail, prosecutor Police Sergeant Renwick Cato told the court:

“We are fearful how he operates, his wife and step daughter are fearful for their lives and he allegedly committed the offences whilst on bail.”

The prosecutor asked that the defendant be remanded in custody “for the safety of the wife and step daughter”.

Counsel Danielle France who stood in for Quammie’s lawyer, Richard Williams, told the court that her client had said that his wife had called him several times for him to apologise to her and her family.

The lawyer said the defendant was never inside the property.

However, Burnett said that the time when Quammie was alleged to have been at the house “was of great concern”.

“What I can promise, is an early trial in the new year,” the senior magistrate said and vacated the old trial date, setting down the matters for trial on Jan. 4, 2021.