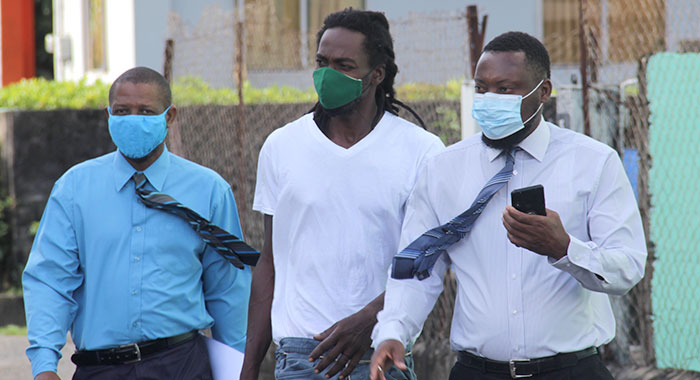 A Belmont man appeared, on Tuesday, at the Calliaqua Magistrate’s Court, charged with manslaughter in connection with the chopping death of a fellow villager last week Wednesday.

Fitzgerald Phillips, a 41-year-old farmer, was not required to plead to the indictable charge that on Jan. 20, at Belmont, he caused the death of Jason Martin by an unlawful act.

Police are alleging that Martin, a 47-year-old labourer, died after Phillips chopped him on the left foot during an altercation.

At the arraignment, Prosecutor Police Corporal Shamrock Pierre did not object to Phillips’ bail.

The prosecutor asked the court to require that the accused man provide sufficient surety, surrender his travel documents, and that stop notices be issued.

Magistrate Zoila Ellis-Browne set bail at EC$15,000 with two sureties and ordered that Phillips report to the Calliaqua Police Station twice per week. She further adjourned and transferred the matter to the Serious Offences Court for the setting of a date for a preliminary inquiry.