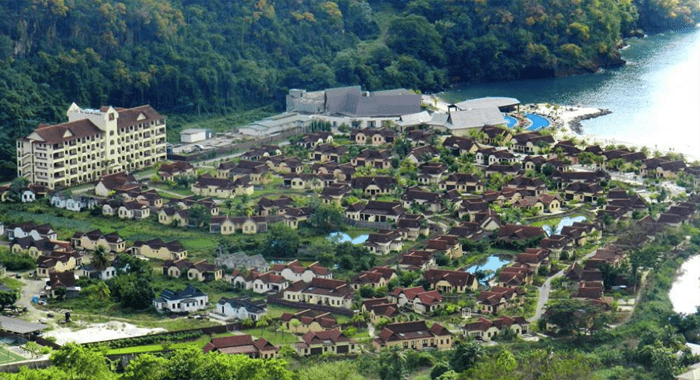 The EC$30 million loan agreement that the Government of St. Vincent and the Grenadines entered into last August for the purchase of Buccament Bay Resort, which it later sold to Sandals Resorts, has been repaid.

Minister of Finance Camillo Gonsalves told Parliament, on Wednesday, that the loan was repaid on Nov. 27, four days after receiving the funds from Sandals.

Gonsalves was responding to a question from Opposition Leader, Godwin Friday, who asked about the status of the transaction with Sandals, and whether the loan was repaid, as promised.

In response, the finance minister noted that Parliament had authorised the expenditure of EC$36 million.

The funds were required to acquire Buccament Bay Resort, land contiguous to the resort and additional land to facilitate the relocation of farmers dislocated by the acquisition.

Buccament Bay Resort has not reopened since it was shuttered in December 2016, when its electricity connection was severed because of non-payment.

Gonsalves said that his government approached the Bank of St. Vincent and the Grenadines for a short-term loan to finance the acquisition.

An EC$30 million loan was contracted for a period not exceeding five months at 5% per annum and the money disbursed in two tranches: $13 million on Aug. 28 and EC$17 million on Sept. 15.

Proceeds from the loan were used to pay the trustee in bankruptcy, the 50 villa owners, and compensate the farmers who were to be relocated.

The loan amount was repaid in full plus interest on Nov. 27 with proceeds of the second instalment of the EC$30.3 million received form Sandals resort on Nov. 23.

“Consequent upon the payment of this second instalment, Sandals is up-to-date on their schedule of obligations — contractual obligations — in so far as it concerns the Beaches Resort that they plan to build,” Gonsalves told Parliament.

“The COVID pandemic has delayed, on their part, some actions as has it delayed some action on our side,” he said.

On the side of the government, this includes the removal and auction of some removable assets on the property, which will take place in the coming weeks, COVID permitting, Gonsalves said.

He noted that Sandals Resorts, which is a family owned company, had suffered a loss in the family, with the death, in January, of Gordon “Butch” Stewart, their founder and chairman.

“And we extend our condolences to the Stewart family in that regard but we have been in touch with them. Everything is still on track for commencement of work on the facility in late February, early March,” Gonsalves said.