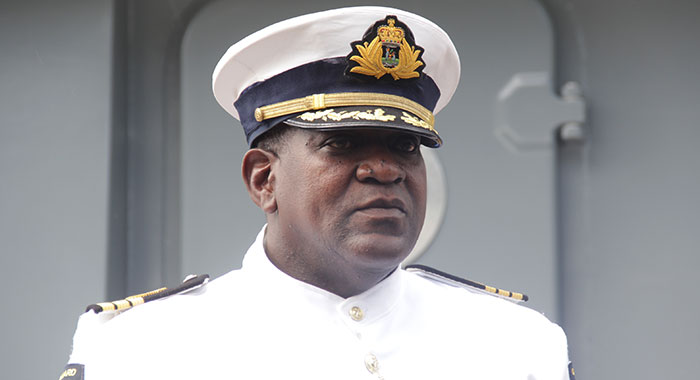 Commander Brenton Cain will celebrate, on Tuesday, 35 years in the St. Vincent and the Grenadines Coast Guard Service.

Cain who was enlisted on Feb. 2, 1986, has amassed vast experience, knowledge and expertise in navigation, seamanship and leadership over his long and distinguished career.

Cain was an instructor at the Regional Security System (RSS) Maritime Training Unit in Antigua and Barbuda; Commander of SVG Coast Guard cutters George Mc Intosh and Captain Hugh Mulzac and is the current Head of the Designated Authority for Port Security in SVG

He was appointed to the post of Commander of SVG Coast Guard in 2007.

He holds a Master’s Degree in national security and strategic studies from the University of the West Indies (UWI) Mona, Jamaica