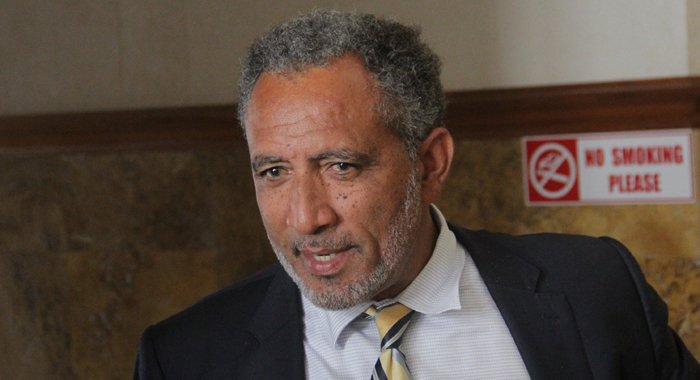 The government of St. Vincent and the Grenadines should be focusing on providing more facilities to house the country’s COVID-19 patients, rather than constructing a new Parliament building.

Leader of the Opposition Godwin Friday told Parliament, on Tuesday, that amidst a worsening COVID-19 situation in the country, some persons who have tested positive have nowhere to isolate while they recuperate.

However, at the same time, the government is intent on building a new parliament building, using funds from an US$20 million (EC$53 million) loan, which was approved last June amidst disapproval by the opposition.

The monies will also be used to build a new courthouse building and the spending is expected to begin even as 755 people in SVG have tested positive since Dec. 28.

Overall, the country has recorded 896 cases of the viral illness since March 2020, and two of those persons have died.

“The isolation facility at Argyle is maxed out. I hear they have two and three people in a room. And you have a situation where people have tested positive, and they go to a clinic and they tell him to go home and isolate,” Friday said during the debate of the estimates.

“Could you imagine that? You come on a plane from Miami and they tell you [that] you have to go to quarantine and go to this place that we tell you. But if you come from Mespo, or Pembroke, and you go to a clinic, and you test positive, they tell you go home, they ain’t tell you how you going get home,” the opposition leader said.

“You could go on a van and go home; you don’t have to wear a mask. So I would have liked to see in this estimates and allocation that says the COVID-19 situation is out of control, one of the ways to do it is to have more isolation facilities so that people who want to be able to deal with this thing in a safe way without risking their family and friends can go there,” he said.

iWitness News has been able to independently verify that persons who are confirmed positive with COVID-19 have travelled home by public transportation.

The wearing of masks on public transportation and in public places is “highly-recommended” but is not mandatory.

Classes have been suspended indefinitely amidst an upsurge in cases of COVID-19 and Friday said that some schools can be retrofitted to act as isolation centres.

“Why can’t the government modify them in such a way so that they can be used to house people in a safe and comfortable environment until they are safe to go back home and to their communities?” he said.

He noted that the 2020 fiscal package contains EC$4.3 million for the new parliament building.

“That can wait. Why don’t we use $4.3 million to make more isolation facilities available so that the people who are infected and who want to do the responsible thing don’t have to go from pillar to post to find someplace to go safely so that they don’t affect their family members?” the opposition leader said.

“So I’m proposing I’m suggesting, I’m urging that those funds — they are here in the Estimates — we don’t need to deal with the parliament building now.

“Right now we can’t even have Parliament properly. You know why? Because COVID is out of control. We have to be going down stairs and coming back up so that we could stay within the COVID guidelines,” he said, referring to the physical distancing and limit on indoor gatherings that is also observed at the national assembly.

“I’m happy to do that in a sense, because I want to do the right thing. But I’d much prefer for us to have not been in this position that we have arrived at through the laxness and the poor enforcement of the guidelines, the protocols by this administration, and then when people become infected, they have no place to go and tell me, you can spend $4 million in a parliament building? And people don’t have a place to go when they get infected,” he said.

He said that the budget contains EC$7 million for COVID relief.

“… much of it except for the vaccines that we’re going to be getting at some point…” Friday said, noting that there is a backlog of rest results.

“So why are we having flights coming every Saturday, and you have to test all those people on the flights two or three times before they can go into the community? …

“Stop the flights from coming in, deal with the problems that we have now.”

Friday said that the government should “get a handle on all the people who could possibly be infected” and show up for testing because they think they might have been compromised.

“Why you’re sending that person away like they’re bothering the doctor? They’re trying to do the right thing. Test them!” he said, adding that the more tests that are conducted, the safer the country would be, although the number of cases might increase.

“But that’s where the honesty comes in. And that is what will protect us.”

The opposition leader said he has been told that some persons who feel they are infected take bush medicine rather than visit a doctor.

“The problem with that, of course, we don’t get accurate numbers and the risk is that people may wind up infecting others. But we don’t show them that it is urgent and necessary to come,” he said.

Friday said they could send the message that it is okay if persons do not turn up to be tested because people will be able to manage, they will recover and most of the people will carry on with their lives.

“We have to do better than that. So provide for the isolation facility. If you have to use the money from the parliament, I wouldn’t blame you.

“Maybe, a nice, more comfortable chair; that is all I would need. We don’t have to have a building,” Friday said.