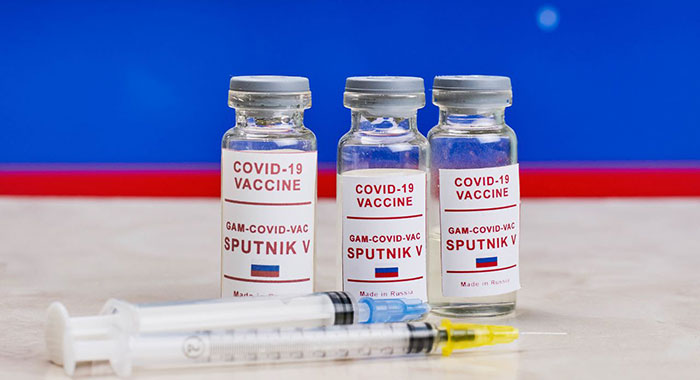 By today, Friday, Prime Minister Ralph Gonsalves shall have decided whether to take the Russia-developed Sputnik V coronavirus vaccine, 20 doses of which have been given to St. Vincent and the Grenadines (SVG).

Gonsalves, 76, told Parliament on Thursday that he has been giving the matter “prayerful consideration”, but also did not want to appear to have jumped the queue.

Among the persons who are said to have taken the jab are Medical Officer of Health, Dr. Roger Duncan, and fellow physician and infectious disease specialist, Dr. Jerrol Thompson.

Thompson was science and technology minister for two terms under Gonsalves’ administration and the prime minister had said then that Thompson was the brightest man in the Cabinet.

“I have a personal matter pondering on, which is this: The intermediary who is donating the vaccines for 3,000 persons, the Sputnik V,  … they brought with them from Moscow 20 vaccine for 20 persons,” Gonsalves told Parliament during the budget debate.

“Persons may wonder how can anybody in St. Vincent take that vaccine,” he said, adding that a public health emergency has been declared in SVG.

He noted that when such a declaration is made, under that Public Health Act, the chief medical officer can authorise the use of a vaccine “on a voluntary basis”.

“She has sent the letter to the minister and I think the minister has already done the approval.  That’s how I think Jerrol Thompson got his. I think Dr. Duncan got his,” the prime minister said.
Gonsalves continued:

“I am pondering myself to take it. I will tell you the two sides of the question I am wondering. My first instinct was not to take it because I don’t want it to be said that 20 vaccines comes from the Sputnik that Ralph gone and put himself in the queue, even though, given my age, I would be one who would be among persons may be considered should take.

“But I’ve discussed it and a couple ah journalists told me that the feedback which they are getting is that they would only take the vaccine, Russian or any one, they say, ‘Dr. Thompson can take it. I wah see De Comrade tek it. When I see De Comrade tek it, then I would know I could tek it,'” Gonsalves said.

“This morning, I have been giving it prayerful consideration and I will sleep on it tonight again and if tomorrow morning it comes to me that I should take it, in a positive sign, I will take it — because I understand that persons want to see the prime minister take the vaccine.

“Five vaccines had come to Barbados and Prime minister Motley took one, the Pfizer. I read about it. That was my thought process,” Gonsalves said.

The BBC has reported that late stage trial results published in The Lancet, a reputed medical journal in the UK, reveal that Russia’s Sputnik V coronavirus vaccine gives around 92% protection against COVID-19.

The vaccine has also been deemed to be safe and offer complete protection against hospitalisation and death, though it was initially met with some controversy after being rolled out before the final trial data had been released.

But scientists said its benefit has now been demonstrated and Sputnik V now joins the ranks of proven vaccines alongside Pfizer, Oxford/AstraZeneca, Moderna and Janssen, BBC said.

The BBC said that in a comment published alongside the Lancet paper, Professors Ian Jones and Polly Roy said: “The development of the Sputnik V vaccine has been criticised for unseemly haste, corner cutting, and an absence of transparency.

“But the outcome reported here is clear and the scientific principle of vaccination is demonstrated, which means another vaccine can now join the fight to reduce the incidence of COVID-19”.

Meanwhile, Gonsalves said that SVG is getting from COVAX, 45,600 vaccines for 20% of the population.

The first tranche will be one-quarter of the total amount and should arrive by the end of this month.

He said this is why he has authorised the chairperson of the Mustique Charitable Trust (MTC), Dora Lowenstein, who has been in close contact with the persons at AstraZeneca at Oxford, to purchase vaccines up to a certain number for SVG.

“And I’ve requested that she, on our behalf, place the order for 100,000 vaccines of AstraZeneca. That’s for 50,000 persons. That’s the vaccine itself and the booster. The initial vaccine and the booster.”

The prime minister said that SVG would also receive from someone, who he did not identify, 6,000 Sputnik vaccines, which will be for 3,000 persons.

“But we are also making arrangements to put in an order, for the Russian vaccine for 70,000 persons,” he said.

“WHO is in pre-authorisation discussion with the epidemiological institute in Moscow on this vaccine,” Gonsalves said.

He said that the Lancet has given “a fantastic write up for the Sputnik.

“Now, you can’t wait until the approvals come, either through WHO or through the national regulatory authority in Britain, USA, Canada, Switzerland, or the European Union, and, of course, the WHO because if you do that, you may find yourself in the queue so far back.

“And there is also the African medical supplies platform, in which we are on,” Gonsalves said.

He noted that the African Union comprises 1.3 billion people.

“They are ordering in bulk and the Caribbean region is the sixth region of Africa … And they are putting aside 1.5 million vaccine for CARICOM of which we will get 21,888 and we have to prepare for those when they are ready. But the Ministry of Health is going through with the platform with that,” Gonsalves said.

He further said that SVG is getting a US$200,000 grant from the ALBA bank, which is setting up a rolling vaccine bank of US$1 million.

“Cuba and Venezuela are very strong in that and I am hoping to see that the Cuba vaccine will go through their third stage of clinical trials to get there.”

He said he has written to Prime Minister Moody of India regarding assistance in procuring AstraZeneca vaccines for up to 20,000 people.

“So you notice we are going through COVAX and the Advance Market Commitment portion but we are making arrangements elsewhere and I know Prime Minister Skerrit has written to his contact in India, too, because the Serum Institute in India, I have been advised, produces the AstraZeneca. It’s the largest producer of vaccines, generally speaking, in India,” Gonsalves said.