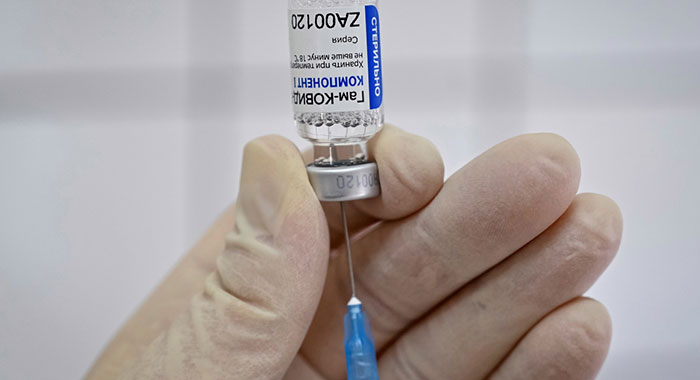 He made the announcement on WE FM on Sunday three days after telling Parliament he was giving it “prayerful consideration” and would have made a decision by the following day.

He noted that the country has received, through an intermediary, 20 doses of the Sputnik vaccine.

He added that infectious disease specialist, Dr. Jerrol Thompson, a former minister of science and technology, as well as Medical Officer of Health, Dr. Duncan and a couple of other persons in St. Vincent and the Grenadines had already received the Sputnik jab.

“But, there are so many persons who are a little wary of the vaccines that I finally decided that look, if I take it, persons would probably have greater confidence in vaccine-taking,” the prime minister said.

“Because the anti-vaxxers have been making quite an advance on YouTube and on social media and I’ve seen some statistics coming out from Britain and a couple places,” Gonsalves said.

“I’ve seen some responses from a limited survey done in Barbados and some commentaries by some people who are in public health in the region and I thought that maybe if I take it and people see well De Comrade take it. And not just vaccines in general but certainly this COVID vaccine and particularly the Sputnik,” Gonsalves said. On Thursday, Gonsalves, 74, told lawmakers that his instinct was not to take the vaccine because he did not want to appear to be jumping the queue, although because of his age, he would be among persons may be considered should take.

9 replies on “PM to take Sputnik COVID vaccine on Tuesday”