Half of Grenadines residents, 40% of businesses pay no tax — Camillo 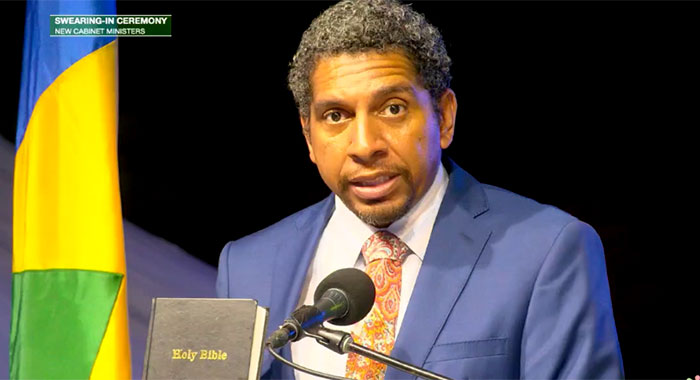 Half of residents of the Grenadines and 40% of businesses there do not pay taxes, Minister of Finance, Camillo Gonsalves told Parliament during the Budget Debate last week.

He made the disclosure as he responded to comments by opposition lawmakers, MP for East Kingstown Dwight Fitzgerald Bramble, and his opposition counterpart for the Southern Grenadines Terrance Ollivierre.

During the debate, Bramble insisted on a need for tax reform in St. Vincent and the Grenadines.

“You said that it’s time for the Grenadines to get their fair share and that Grenadines taxes drive development,” Gonsalves said.

“The honourable members know, as does his colleague in the Grenadines, that the Grenadines do not pay their fair share of taxes,” the finance minister said.

“We have to confront that squarely, if we are talking about tax compliance in this country,” Gonsalves added.

“It’s far and away the highest percentage of non-compliance anywhere in St. Vincent and the Grenadines,” he said.

Gonsalves said he was in the Grenadines for Christmas and some staff at an establishment complained to him about the government doing more for the area.

He said that the staff pointed at the number of patrons at the establishment and spoke of the taxes that the business pays to the government.

“I didn’t have the heart to tell them that the establishment for which they work pays no taxes,” he said.

“None of them are paying on their Airbnb villa rentals while competing hotels are paying. Half of them are not paying income tax,” Gonsalves said.

“Tax compliance is something we have to deal with all across the country and I am not making it a geographical problem but inasmuch as you come and say look man, these people paying, they’re driving development, they must get their fair share, they must also pay their fair share,” the finance minister said.

“Everybody must pay their taxes and if everybody pays their taxes, everybody will pay less taxes. So I must flag that as an issue, because it is an important issue.”

Meanwhile, Gonsalves said he was setting aside the point made by Urban Development Minister Senator Julian Francis about gerrymandering in the Grenadines under the Sir James Mitchell NDP administration.

He, however, said that he agreed with the point.

“I don’t believe it’s constitutional that there are two seats there with the amount of voters they have, but that’s another point for another day,” Gonsalves said.

6 replies on “Half of Grenadines residents, 40% of businesses pay no tax — Camillo ”