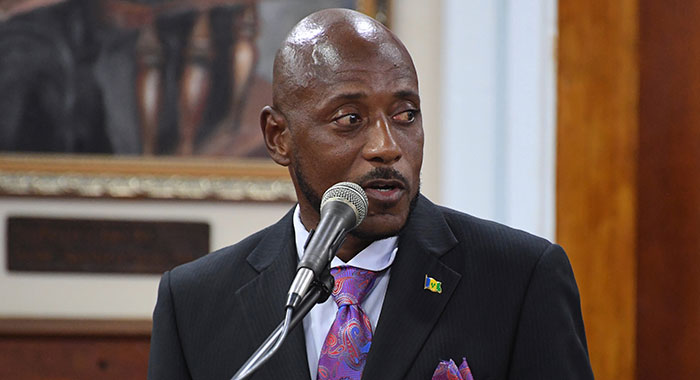 An opposition lawmaker says that some public servants are being underutilised because of politics, while others who want to leave stay mainly because they do not want to lose their gratuity.

Dwight Fitzgerald Bramble, who is MP for East Kingstown, is suggesting that the government facilitate public servants who want to quit the service, by paying them a gratuity.

“Many of our public servants are underutilised, in some instances simply because of politics. You have some public servants who have been placed there because of which constituency they come from and the influence of their representative,” Bramble said in the Budget Debate.

“And I am not trying to suggest that an individual should be denied the opportunity to make a living, but good God, man, for crying out loud, let’s make them effective,” he said.

“There are many public servants who sit down in offices with nothing to do; nothing to do. And in most cases, they want something to do, they want to feel as if they are making a contribution,” said Bramble, and economist.

“This idea of encouraging people to become career public servants is something that I think we really need to revisit. I think that in this day and age where there are so many opportunities that can be had, why don’t we, for example, encourage, via the provision of a gratuity, for example, public servants to leave the public service before retirement age if they want to and get into something that might be more economically positive for them,” he said.

Bramble, who is into his first term as a lawmaker, said he knows public servants who want to leave the service, having served 15 years, but say they are staying until they retire because only then they would receive a gratuity.

A public servant qualifies for a gratuity and pension after 33.3 years of service.

“So we have to be creative and we have to be bold. Don’t be afraid to make and take steps which may not be comfortable under normal circumstances but which, in the long run, will benefit us all,” Bramble said.

One reply on “MP suggests shift from ‘career public servants’”