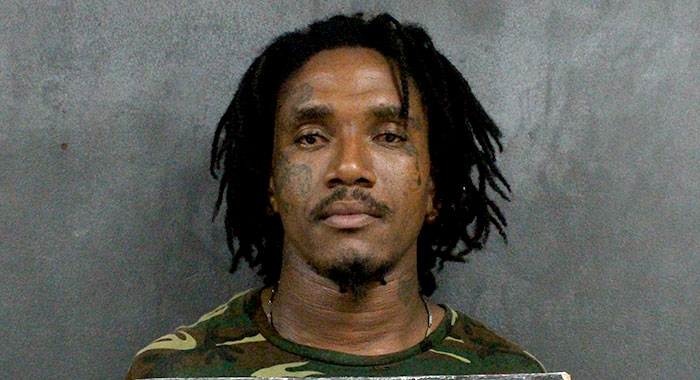 Prison escapee Ulrick “Chucky” Hanson, who police shot in the leg during his apprehension on Dec. 10 has lost the leg as a result of an infection.

iWitness News was reliably informed that doctors decided to amputate the accused murderer’s leg because of its deteriorating condition.

A relative later told iWitness News that while Hanson was taken to hospital on Dec. 10, 2020, the same day he was shot, he never underwent surgery until Jan. 4, 2021.

iWitness News is unclear as to why Hanson did not undergo surgery until almost a month later.

The relative said that Hanson was discharged from the hospital and sent back to prison on Jan. 7, a mere three days after the surgery.

The relative said he caught an infection in prison and was taken back to hospital.

The relative blamed “negligence at the hospital” for doctors’ decision to amputate Hanson’s leg at the knee.

On Dec. 9, 2020, news broke that Hanson, along with Veron Primus, another murder accused, had escaped from Her Majesty’s Prison in Kingstown.

It was the second time that Primus was escaping from the penitentiary in just over a year.

Police apprehended the two men at a house in Lowmans Leeward, where they also arrested Shadene Farrell, 29, a resident of the house.

Farrell later pleaded to and was jailed for one year for harbouring the two escapees.

Hanson was, in May 2020, sentenced to six months in prison for inducing into Her Majesty’s Prison one black Alcatel cellular phone and charger, which are prohibited articles.

Also, Hanson and Harry, along with Racquann Robinson, of Campden Park, and Elroy Rodgers, of New Montrose, and suspended Police Constable Ettian Charles, of Arnos Vale, escaped further prosecution after physician Reisha Browne-Caesar, the wife of Agriculture Minister Saboto Caesar, refused to testify earlier this year in a case that charged that they robbed her at gunpoint of items valued EC$10,350 and documents outside her Cedars home in September 2016.

After his recapture, Veron Primus, 33, pleaded guilty to a charge that between Dec. 7 and 10, 2020, at Kingstown, while in lawful custody at HMP, he escaped such custody.

Primus was jailed for 24 months for escaping lawful custody, and three months for damage to property. The sentences will run concurrently.

Primus, 33, is awaiting trial in connection with the murder of 33-year-old real estate agent, Sharlene Greaves, whose body was found at her office in Arnos Vale on Nov. 13, 2015, with stab wounds. He said that he escaped a second time because police and prison authorities have not assisted him in facilitating a conversation with the Director of Public Prosecution, Sejilla McDowall, regarding information, which, he said, could prove that he is innocent.