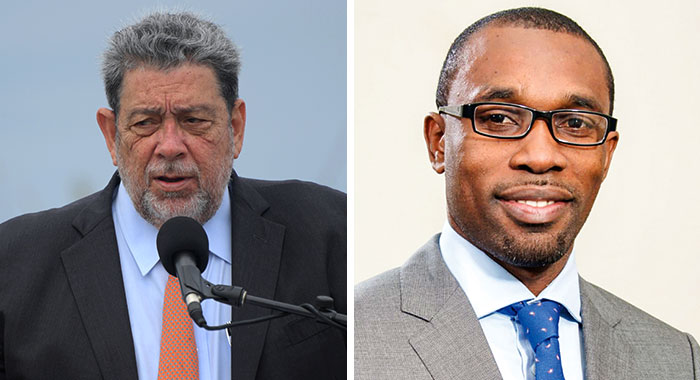 VINTAS, the umbrella body for omnibuses in St. Vincent and the Grenadines, is accusing the government of using “Chinese draconian measures” to pressure omnibus operators to take the COVID-19 vaccine.

Prime Minister Ralph Gonsalves said, last year, that in calling for a closure of the nation’s borders and other measures to help stop the importation of COVID-19 cases, the opposition wanted the government to impose “Chinese draconian measures” on the people.

But Royron Adams, president of the Vincentian Transportation Association, told iWitness News, on Monday, that that is exactly what Gonsalves is proposing when he announced on Sunday that omnibus operators and conductors will have to take a COVID-19 jab if they want to carry more than half of their licensed capacity.

For the last month or so, omnibus operators in SVG have been restricted to carrying one-half of their licensed capacity, as part of efforts to curb the spread of the illness, amidst a spike, nationally, which has since subsided.

Gonsalves said that the law tying omnibus ridership to the vaccination of the operators could become law, on Tuesday, via a statutory rule and order (SRO) – legislation passed by the Cabinet.

“Well, for one we have not been consulted on that matter,” Adams told iWitness News.

And for two, I would imagine that on the face of it, it raises concern about people’s natural rights,” he said, adding that VINTAS was prepared to seek legal counsel on the matter.

“I have not seen any details of the SRO and I’m really hoping that this was something that was supposed to be provocative, rather than a serious implementation of what I consider to be natural rights, constitutional [rights],” Adams told iWitness News.

“Obviously, to commingle one’s personal choice [about whether to be vaccinated] with the demands that VINTAS have made for an increase in capacity, to me, seems to be a case of the government trying to impose their own objectives on our sector. And again, it’s something we continue to see,” Adams said.

VINTAS has been lobbying the government to allow omnibuses, at the minimum, to transport two-thirds of their licensed capacity.

Adams said that if the government is serious about passing the law, it would raise issues about whether a similar law would be in force for nurses, police officers, teachers, and for civil servants, in general.

“I guess not, because then that would lead to, potentially, a constructive dismissal issue that I’m sure no government wants to deal with from a class action perspective. But, the underlying thing is that we got to wait and see what this SRO will look like, and to see what substantive legislation it is being derived from, we are prepared to take legal counsel on the matter,” he told iWitness News.

In announcing his government’s plan, Gonsalves said on WE FM on Sunday that tying the vaccine to omnibus occupancy is intended to “incentivise” operators to take the jab.

The government’s latest pitch to get persons to take the vaccine comes even as churches have been allowed to increase their attendance from 10 persons — which continues to be the limit on all indoor gatherings — to one third of their capacity.

Adams said that while he is “a firm believer” and has a lot of respect for religion and the church,

public policy must appear to be equitable, or it must meet that threshold of being equitable to all.

“I think when policymakers implement policies that, on face value, appear to be discriminatory, it is clear to me that we have a problem in terms of developing policies that are equitable to all.

“And in the case of what was allowed for the churches and now what we are seeing from what is now being proposed for the minibus sector, clearly, you can see discrimination written all over those two policies,” Adams told iWitness News.

“The question is going to be asked, ‘Well, what happened to the other sectors? What happened to restaurants and bars that are looking to increase their capacity for dining in? Why not ask the supermarkets to mandate that people should have vaccination cards to enter? What about a market where you have people in crowds … buying provisions and other agricultural products?’ Are they going to be mandated [to wear masks]? Are we going to see the government saying the entire population must take this vaccine because now, everywhere you go, there is a crowd congregating?

“And if you’re saying in order to congregate, that you must vaccinate, then this is quickly [developing] into a situation where the government of St. Vincent and the Grenadines is saying that you do not have a choice. And I just think that that is a very dangerous thing for any government to want to pursue. I guess it is all left to be seen how the citizens of St. Vincent and the Grenadines [respond to these], to use the prime minister’s term, ‘Chinese draconian measures’,” Adams said.