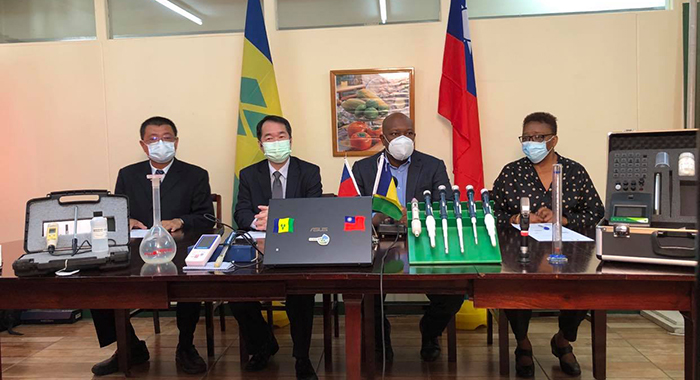 Taiwan Ambassador, Calvin Ho, has, on behalf of his government, handed over 133 pieces of assets under the “Farmers’ Organizations Strengthening and Improving Fruit and Vegetable Production Technology Project” to the Government of Saint Vincent and the Grenadines.

The mentioned project is a bilateral cooperation programme between the governments of Taiwan and St. Vincent and the Grenadines, which was launched in 2015 and completed in 2018.

It contributed to the strengthening of the administration operation of the nine Vincentian farmer’s cooperatives participating in the project, improving more than eight kinds of vegetable cultivation techniques, and increasing the conforming products volume of agricultural commodities in Saint Vincent and the Grenadines by over 20%.

This year marks the 40th anniversary of the establishment of the diplomatic relations between Taiwan SVG.

“Over the years, the cooperation in agriculture has been one of the pillars that demonstrate the solidarity between two countries,” the embassy said in a press release.