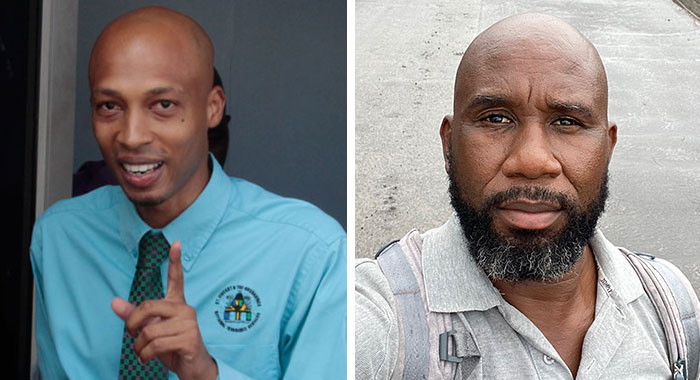 (Republished from The News newspaper)

In the matter Adrian Da Silva v Kenton Chance/iWitness News, the magistrate ruled that Chance must pay EC$7,500 on each of the two counts to Da Silva.

Asked if there were areas of concern in the magistrate’s decision, Thomas said: “Well, the magistrate didn’t give any reason for her decision, except to say that she believed the evidence of the female witness (Sherika Chandler) and that she didn’t think that Mr. Chance established qualified immunity.”

“The magistrate did not, in my respectful opinion, pay sufficiently close attention to the evidence in the case.”

Da Silva claimed he was defamed in a news report published by iWitness News on July 16, 2018.

The news article was based on what was said before the Kingstown Magistrate’s Court on the aforementioned date in a matter in which Old Montrose resident Sherika Chandler, then 27, pleaded guilty to unlawfully and maliciously wounding Da Silva.

During the civil proceeding before the Calliaqua Magistrate’s Court earlier this year, Chance maintained that his news article accurately reflected what transpired in court. He spoke of a request by Da Silva, prior to the civil hearing, to remove the article or amend it — which he considered to be a request to substitute the truth with a lie.

During cross examination, the plaintiff’s lawyer, Duane Daniel, asked Chance: “Now, when Mr. Da Silva reached out to you when you were in Tokyo [,Japan] as you have said, wasn’t it the thrust of what he was saying that the content of your article was inaccurate? Wasn’t he making those representations?”

Chance replied: “Yes, he was. But I made the point that what I reported he was claiming that was not said in court. And it would be ludicrous for somebody to ask me to change the truth and write a lie just because the truth displeases them.”

Daniel then asked Chance: “So, you admit that you refuse to alter or remove the story?”

The respondent called journalist Ashford Peters as a witness.

In his evidence in chief, Peters told the Court that part of his duties as a journalist is to cover court hearings. He said he was present at the Kingstown Magistrate’s Court when the criminal charge against Chandler came before Senior Magistrate Rickie Burnett. He told the court that he had written a news article on the initial court appearance and that it was published in The News newspaper.

Peters also told the court that sometime after the news article was published, he was inside an office at The News when an employee in the reception area called him and said Da Silva had come to see him.

Peters said that when he went outside, Da Silva queried part of the news article.

Asked by the respondent’s lawyer, Jomo Thomas, if the editor of The News newspaper ever spoke to him about a complaint about the article, Peters said no.

Asked if any legal action was ever brought against The News, Peters said not as far as he was aware.

During cross examination, the plaintiff’s lawyer asked Peters if his news report on the matter involving Da Silva and Sherika Chandler was the same as the article published on iWitness News.

Peters replied that the articles were not the same but the “content” reflected accurately what transpired in the court.

Under cross examination, Peters confirmed that what the defendant claimed was correct and was actually said in the court case in 2018.

The defamation claims were initially before Senior Magistrate Rickie Burnett who presides at the Kingstown Magistrate’s Court. However, Burnett recused himself from the defamation matter, remarking that what Da Silva was disputing sounded familiar to him — suggesting that that which was published was said in his court — and there was a likelihood of him being called upon to testify.

After Burnett recused himself, the matter was sent before the Calliaqua Magistrate’s Court.

In the criminal charge against Chandler, the Kingstown Magistrate’s Court heard from the prosecution that Da Silva was slashed on his sex organ requiring 16 stitches. The court also heard from Chandler that she had a miscarriage of a baby during some time when she was having a relationship with Da Silva.

Chandler, a food vendor, and Da Silva were involved in a fight over his refusal to bathe their 3-year-old son and her wanting to use her phone in his presence on July 12, 2018.

Chance’s lawyer, Jomo Thomas, had asked for an adjournment in trying to obtain the transcript of the original case from the Kingstown Magistrate’s Court, however he was denied.