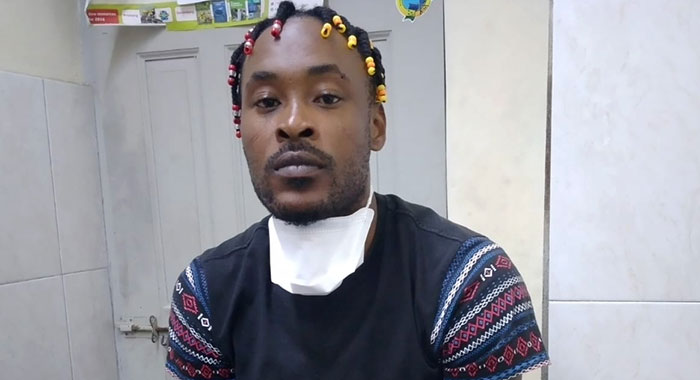 A Georgetown man was on Wednesday jailed for possession of a firearm and one round of ammunition without a licence.

Lesmond Franklyn, a 36 year-old-labourer, pleaded guilty to the charges when he appeared before the Serious Offences Court in Kingstown on Wednesday.

Franklyn was arrested when Corporal 191 David, a detective assigned to the Criminal Investigation Department, at the Calliaqua Police Station was going on mobile duty in Mesopotamia about 7 p.m. on Tuesday.

The detective saw Franklyn sitting on a wall in La Croix with a black bag over his back.

David noticed that Franklyn was acting suspiciously and therefore stopped his vehicle and requested a search of the bag.

The detective found the firearm, a .45 Taurus pistol, and one round of .45 ammunition in the bag.

Franklyn was arrested and taken to the Calliaqua Police Station, where he was later charged.

He pleaded guilty to the charges and was sentenced to three years and seven months in prison for possession of the firearm and one month for the ammunition.

Chief Magistrate Rechanne Browne and Senior Prosecutor Adolphus Delplesche praised the detective for his work in taking the illegal firearm and ammunition off the street and apprehending Franklyn.