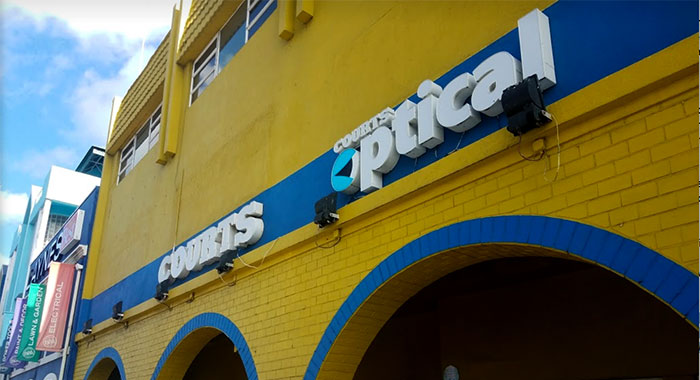 The High Court has ordered Unicomer (St. Vincent) Ltd., owners of Court furniture and appliance store, in Kingstown, to pay the Government of St. Vincent and the Grenadines $12,666,798.23 inclusive of interest and penalties, in unpaid taxes.

In her April 29 judgement, Justice Nicola Byer said the case was a “perfect example” of the dicta from a 1936 case when Lord Tomlin said, “… every man [or business] is entitled if he can, to order his affairs so as that the tax attaching under the appropriate Act is less than it otherwise would be”.

Justice Byer, however, said that the question in Unicomer’s case was whether, the company had gone beyond simply ordering their affairs to pay less tax within the provisions of the law, or their actions had gone beyond what is legally allowed and trespassed into the realm of behaviour that was contrary to the law in force.

The case stemmed from a March 23, 2015 letter that the Comptroller of Inland Revenue wrote to Unicomer indicating the intention of the Inland Revenue Department (IRD) to raise additional assessments to tax on Unicomer in the sum of $12,666,798.23 inclusive of interest and penalties.

The basis of the comptroller’s increased assessment centred on the Unicomer’s treatment of its credit protection premiums, hire-purchase profits and royalties.

The comptroller objected to Unicomer’s assessment and provided the grounds of this objection by a June 4, 2015 letter from KPMG

Unicomer appealed the comptroller’s assessment before the appeal commissioners by a notice of appeal filed on April 26, 2017.

In their Nov. 29, 2018 decision, the appeal commissioners held that the sums collected by the Unicomer in credit protection premiums were disallowed and withholding tax was chargeable on payments made to Canterbury; the deferral of hire purchase profits was disallowed; and royalty expenses were allowed.

Unicomer responded by letter on Dec. 13, 2018 declining to make the demanded payment on the basis that the appeal commissioners had not upheld or confirmed the comptroller’s assessment and there was, consequently, no obligation on Unicomer to comply with the comptroller’s demand.

The comptroller responded by letter on Dec. 18, 2018 indicating that the appeal commissioners had, in effect, confirmed the assessment and demanded payment of the assessed taxes within 24 hours.

Unicomer repeated its position to the comptroller by letter dated Dec.19, 2018.

And, on Dec. 20, 2018, the comptroller served notice to the managers of The Bank of Nova Scotia, CIBC First Caribbean International Bank, Bank of St. Vincent and the Grenadines (BoSVG) and RBTT Bank Caribbean Ltd demanding that the banks pay to the Accountant General sums held on behalf of the Unicomer: an amount up to EC$13,556,007.30.

The letters outlined the provisions of the Income Tax Act and stated, among other things, that the banks were required to pay to the Accountant General on account of Unicomer’s liability under the Income Tax Act within 15 days of the date of service of the notice, monies payable to Unicomer, which they were liable to pay.

Unicomer also wrote to the banks on Dec. 21, 2018 instructing them that the comptroller had no power to demand the referenced payments from them until the expiry of 15 days from the date of the notice to them and that he had no lawful authority to demand immediate payment.

On Dec. 28, 2018, Unicomer filed an appeal in the High Court against the decision of the appeal commissioners.

Among other things, the company asked the court to rule that the assessment raised by the comptroller, which was maintained in his letter of March 29, 2017 — and which decision triggered the appeal to the appeal commissioners — be set aside and vacated and Unicomer’s liability for income years 2007-2011 be reduced to zero.

Unicomer’s argument was that based on the provision of section 105(1) of the Income Tax Act, the appeal commissioners, in their order, did not state that they had “confirmed”, “increased” or “reduced” the assessment of the comptroller.

The comptroller also submitted that in any event, the provision of the Income Tax Act that governs the actions of the appeal commissioners includes the power to make such order as they deem fit.

The appeal commissioner was, therefore, entitled to make any order that is additional to a confirmation, an increase or a reduction of any assessment, the comptroller argued.

Therefore, the fact that the order of the appeal commissioner had not specifically stated that the assessment of the comptroller was “confirmed, increased or reduced” was not fatal and as such there was a valid order upon which the Defendant was entitled to act.

The comptroller further submitted that in any event, Unicomer could not seek to argue that the order was unenforceable yet still seek to uphold a finding of the appeal commissioners in their favour with regard to the allowance for the deduction of royalty payments.

In her ruling, Justice Byer confirmed the decision of the appeal commissioners on Nov. 29, 2018.

She further confirmed the assessment raised by the Comptroller of Inland Revenue, which was maintained in his March 29 2017 letter.