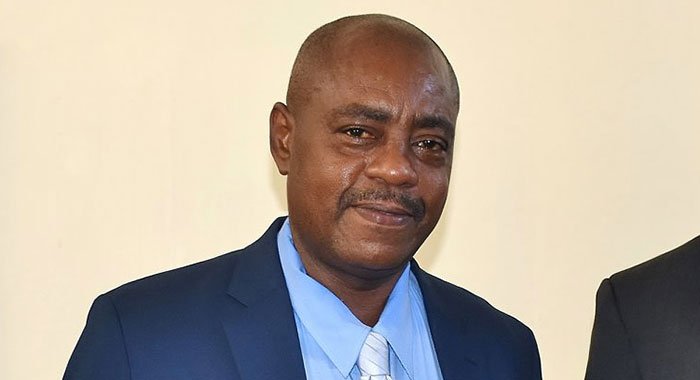 A government minister, on Thursday, announced that he will not be seeing unvaccinated persons at his office, constituency office, or home.

Minister of Public Service, Consumer Affairs and Sports, Frederick Stephenson, made the announcement on his Facebook page.

In a Facebook post, Stephenson, who into his third five-year term as MP for South Windward, said:

“Important Notice: As Of Today June 10 I Will Not See Anyone At My Place Of Residence, Or The Constituency Office In Biabou Or The Office Of The Ministry Of The Public Service Until You Have Your Certificate Of Full Vaccination.”

Some commenters pushed back against the announcement, with Shakeila A. Charles describing it as “utter rubbish”.

Charles said that Stephenson can make such and imposition for his residence.

“… but the Government office that the people voted to put you to represent them? Oh please.”

Lioness Samuel accused the minister of wanting to give the impression that people actually visit him.

Samuel said that Stephenson was the “worst thing ever grace south windward” and told him to “go hold a corner”.

“Finding every means to force thus on people eh? Well you won’t be seeing me,” said Ron Clarke, a former president of the SVG Teachers’ Union.

Lioness Samuel commented that those who want to take the vaccine should do so and leave other people in peace.

“U cant be serious telling ppl who put ur tail there that ur not going to send them because of them not being vaccinated u dumb or u hit ur head now u going say that’s ur rights?” Samuel said.

“Well its ppl rights if they wanna take it or not and btw what’s it u doing for ppl for u to say that…because am still waiting on a job that I never got because both parents are NDP yo remember that….so I wouldn’t care because they will be wasting their time,” Samuel further stated.

But the minister’s post also received some support, with Terrance Bynoe saying,

“Stevenson is better you lose the next election than to be dead by covid”.

Rozzie Bannister did not see why people were making an issue of the post.

“The same way u all have a right to choose not to get vaccinated, the same way the man has a right to protect himself. If u need him then call, it’s as simple as that. When y’all want the radio stations to talk about things u don’t show up there u call so do that. Stupes”

Audrey Gittens, a former permanent secretary in the Ministry of Housing, welcomed the minister’s announcement, saying:

“Good. The people voted for representation, that does not mean that you should encourage them to infect you with COVID-19 which could possibly kill you. No vote is worth your life.”

“People don’t read and understand anything.”

Some 16,167 people in SVG had been fully vaccinated, the minister told the press conference, adding that the ministry’s surveillance team was working on providing the disaggregated data.

The ministry had hoped to have administered 50,000 vaccines by this time.