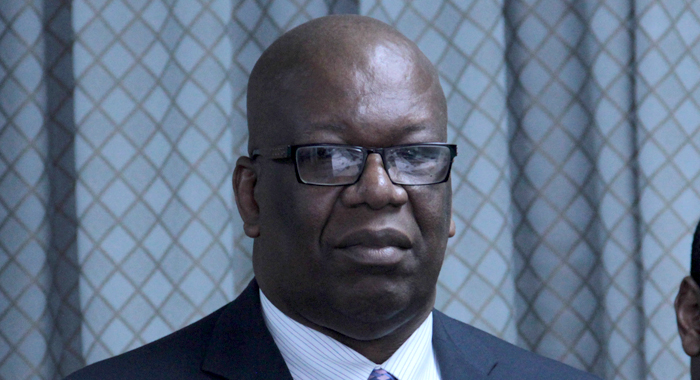 A briefing section was held this afternoon at 2:30 for all of the Heads of Mission in Havana by the Minister of Foreign Affairs, Bruno Eduardo Rodríguez Parrilla.

He acknowledged the serious challenges faced by the Cuban economy and that they were taking measures to mitigate those problems. In broad terms, he blamed the economic challenges primarily on the economic blockade, with emphasis on over 200 new restrictions placed on the country over the past four years under President Trump.  He also acknowledged that the pandemic had compounded the problem and the people of Cuba were suffering as a result.

He did not elaborate on the protest that took place in many of the provinces on Sunday, but he placed responsibility for the protest on agents of the United States, who has constantly over the years sowed the seeds of discord among some in the Cuban communities, and they used the challenges with electricity outages and shortages in the supermarkets to agitate and mobilize.

He did not speak to what they would do to deal with the challenges, but this might not have been the forum for that discussion. It is clear to us that the government has been evolving as they have made changes in their monetary policies in an attempt to earn foreign currency.  First they lifted the tax on the use of the United States Dollar (USD) and eliminated the Cuban Convertible Pesos (CUC). This contributed significantly to skyrocketing inflation and a booming black market for USD.  They also converted the better stocked supermarkets into credit/debit card only facilities with the USD underpinning those accounts.  The unintended result was that persons who did not have access to USD (via a relative overseas) had limited options for food.  In an attempt to curb the inflation and limit the black market, they reversed the polity about two weeks ago and stopped allowing the USD to be used for deposits.  This has created some uncertainty among the population.

I do not believe that the protest action was a reaction to socialism, but born out of a need to have access to basic goods and services, something they were accustom to under this administration and this system of government.  As some have said, the embargo and the pandemic was a perfect storm.

There has been calm since Sunday. I have heard that there is more of a police presence but I have not seen it.  We wait to see if there would be any further protest or a reaction primarily from the USA.

Preliminary Report on the Protest Action in Cuba

On Sunday, July 11, thousands of Cubans in Havana took to the streets in protest over conditions in the country.  I took a drive into Old Havana to observe what was happening and noted that the numbers were significant, but quiet and peaceful. The protest seems to be spontaneous and there is an absence of placards and loud speakers from what I observed. Although it seemed very peaceful, it is really unusual for there to be any public protect in Cuba.  While there is police and military presence, the authorities don’t seem to be engaging the protesters at this time.

Living conditions have deteriorated significantly in the last year as all of the restrictions imposed by President Trump continues under the President Biden.  These include the closure of the Western Union facility for persons to receive financial assistance from relatives over seas. Movement of goods and persons both in and out of Cuba is extremely difficult, a consequence of both the embargo and the pandemic, so there is little commercial activity in private sector.  Food is in short supply and even the diplomatic community, within which there is some financial security, it is difficult to get supplies.  It is possible to speak in details about the shortages because within the last month, diplomats are restricted to one store to purchase supplies that is the diplomatic store which is only a supermarket and even there, there are limitations.

The frustration is at a boiling point and it appears that the challenges facing the country is considered worse than occurred following the collapse of the Soviet Union.

As expected, the headlines coming out of the United States of America are saying that the protesters are calling for the end of the dictatorship. However, it seems that the issues are more shortage of food, shortage of medicines and the slow roll-out of the vaccines, given that Cuba is not using vaccines generated in other countries. There are unconfirmed reports that there are shortages of syringes hence the slow roll out of the vaccines. Additionally, persons are now fearful for their lives, not only because of the growing number of COVID-19 cases but also the growing numbers who are succumbing to the illness. The shortage of medicine at the hospitals maybe a contributing factor but these shortages are affecting persons seeking medical attention for other illnesses as well.  The numbers today fro new cases and deaths were the highest to date since the start of the pandemic and is likely also to be a contributing factor for the protest

This is a very preliminary report.  We will continue to monitor.