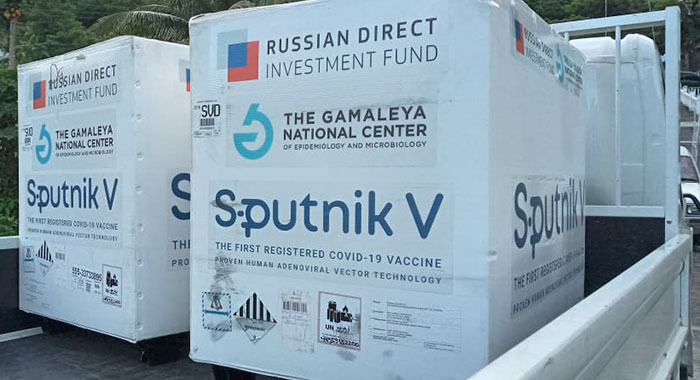 The government of St. Vincent and the Grenadines is hoping that the arrival of 50,000 doses of the Russian-produced Sputnik V COVID-19 vaccine will help with vaccination uptake in the country.

Prime Minister Ralph Gonsalves said on NBC Radio on Wednesday that Chief Medical Officer Dr. Simone Keizer-Beache has informed him that the country had just gotten the first doses of 50,000 Sputnik.

“Some people said they didn’t want AstraZeneca. They’re going tek the Sputnik because the Comrade tek the sputnik,” Gonsalves said, referring to himself by his nickname.

“Well, we go see now. We will see. I’m making every single effort, but take the vaccine,” he said, appealing to a vaccine-hesitant Vincentian public.

“It helps, it reduces markedly, significantly, transmission – you’re transmitting it and you receiving the COVID virus.

SVG has had to donate thousands of doses of AstraZeneca to avoid spoilage amidst deeply entrenched vaccine hesitancy.

The government said that several persons had said that they would take the Sputnik-V jabs as this is the one that the prime minister and senior officials had taken.