The soil is our soul, identity and future 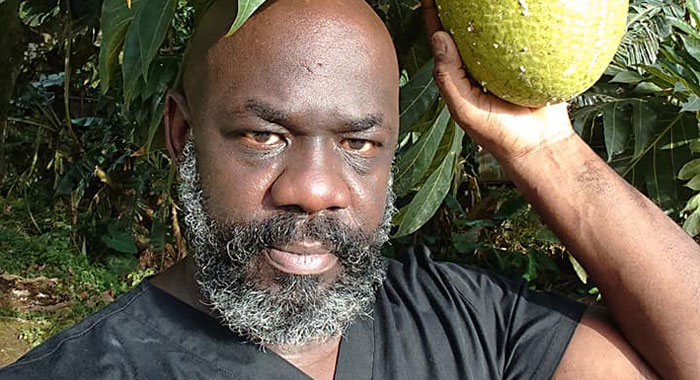 The New World, as Europeans coined it and students of history were taught it, means different things to different people. Whether it be the precious metals of the Aztecs and Inca, lands for the European colonisers, workplace for African slaves, or genocide for the native peoples. One of the most significant factors that can easily be forgotten from the adventures of Europeans to the West is the discovery of food that formed the basis of the survival of the peoples of Europe.

The discovery and exploitation of corn, potatoes, pumpkins, tomatoes, fish and other foods in the West cannot be discounted as though these food sources, which are now grown all over the world providing nutrition, have transformed what the average human’s lifespan and quality of life is expected to be. One thing that the living needs is food and there comes a time when the one who has food would not part with it even for the most precious of metals. Food is the fuel that the mind and muscle feed on. As the nutrition of Europe improved, so did its dominance of the world to this day.

To produce food, land is a most important factor and that fraction of topsoil is not as widely available as many would think. Even the vast lands of the Amazon, hosting one of the world’s last virgin forests, floats on a carpet of sand that can easily be revealed if the trees are removed. Slash and burn of these native forests as seen in Brazil to facilitate palm and other plantations, reminds many of the dust bowl effect that was experienced in North America in the early 1900s. Top-soil is possibly the most valuable resource any country can have in its bank and rivalled only by water. It is no surprise that the oil producing states of the Middle East have been extensively financing irrigation systems to reclaim deserts and purchasing lands in other countries to secure food production.

The southern Caribbean islands are fairly young volcanic islands and with rich volcanic top-soils. These islands, with rich and deep top-soils, were exploited by Europeans from very early to grow cotton, sugar cane, tobacco and similar crops that fuelled the appetite of Europe, which had exhausted its own soils nor had the tropical conditions for extensive crop production. Today, even with valuable soils, adequate rainfall, artificial irrigation knowledge and favourable weather, we are dependent on food imports to feed our populations, which is clearly a reversal of roles.  It is obvious that it will be only a matter of time before it is logistically impractical, too expensive, or that we arrive at our senses that we are ignoring a most important resource of soil use in agriculture.

This baffles me tremendously!

A resource in reserve is not a misuse of that resource. If we have proper land use policies and strategies restricting where structural developments, forest reserve and agriculture is allowed, we would be preserving adequate top-soils for food production. We must have a proper balance of this finite resource to ensure that we are not erecting structures on our most fertile and manageable topsoil with buildings that don’t need soil nutrients. Leaving poor subsoil to attempt food production is foolish. Proper policy must be made now and not left for the future. It should not be left to the individual or one entity.

The native people had these lands stolen by the Europeans and today though most coastal development lands are being reclaimed by Europeans using strategic purchases, they are now driving to claim lands in the interior clandestinely. They are well aware that who controls food controls the people. A strategic re-colonisation, as local people who are disenfranchised of these fertile lands would further increase dependency on another entity besides self. As we lose some of the best topsoil available, what we are really losing is food security. The latter means more than meets the eyes to people on an island state.

There can be no proper strategy for Independence without a significant effort is preserving adequate topsoil for food production. We cannot be promoting the foolishness that development is covering every piece of land with buildings. That latter concept is one of poor assessment of our present circumstances and future needs. We must preserve our valuable topsoil and guard it as one of our most important resources as a foundation measure of food security.

3 replies on “The soil is our soul, identity and future”