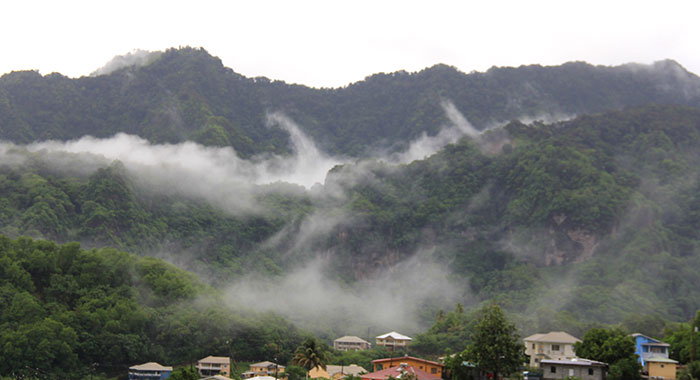 Unstable conditions ahead of a fast moving tropical wave began to affect the northeastern portion of St. Vincent Friday evening, and will continue to affect the island into the night, forecasters have warned.

“Expect occasional moderate showers with gusty winds near showers,” the Meteorological Services said in a 72-hour outlook issued at 6 p.m.

Saturday is forecast to be showery as the wave passes over the island.

“Residents and motorists in areas prone to flooding and landslides and near rivers and streams are asked to exercise caution. Moisture will remain elevated over the weekend, resulting in the likelihood of scattered showers on Sunday into Monday.  The chance of showers decreases from Monday afternoon into Tuesday,” the outlook said.

An east north-easterly wind flow will turn mostly easterly on Saturday afternoon, with wind speeds of approximately 20 to 30 kmh (12.5 to 18.6 mph).

An increase in wind speed is expected around Sunday night into Monday (25km/h-40km/h).

Seas will remain slight to moderate in open waters with swells peaking at one metre (3 feet) on the western coasts and 2 m (6fy) on the eastern coasts.

“There is the likelihood that seas can deteriorate during Monday, with the increase of wind speeds. In addition, dry dusty Saharan haze intrusion is forecast to limit air quality during Monday,” forecasters said.