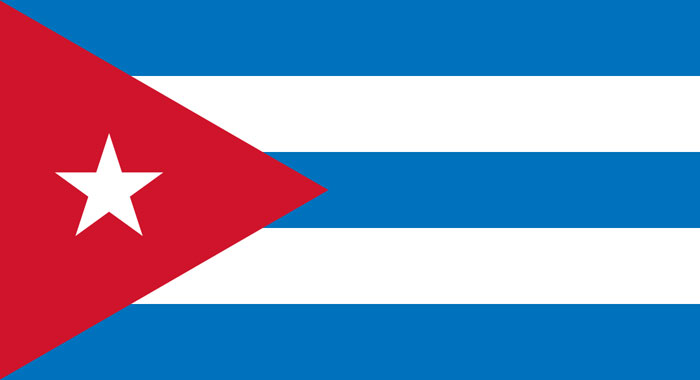 Statement by the St. Vincent and the Grenadines/Cuba Friendship Society

The friends of Cuba in St. Vincent and the Grenadines as represented in the SVG/Cuba Friendship Society express our concern about the situation in the Republic of Cuba and the grave hardships imposed on the Cuban people, which have led to the much-publicised protests of last week Sunday.

We share the pain of the Cuban people with their frustrations over critical food shortages, the rising threat of the spread of the coronavirus and the difficulties they face.  These all provide very fertile ground for protests.

Yet, it is important to understand the reasons for these hardships. The Cuban people have been undergoing grave hardships with scarcities of basic necessities for over six decades now, sometimes to a worse degree than others.  The United States, the most powerful economy in the world, which before the revolution of 1959 had been Cuba’s closest trading partner, continues to defy the rest of the international community, as manifested in repeated resolutions of the United Nations where the majority of nations, with the exception of the United and Israel have voted for their elimination.  These criminal sanctions have had a devastating effect on the economic and social life in Cuba.

The United States has fought wars with Vietnam, Iraq and Afghanistan since the Cuban Revolution, yet none of those countries are subjected to the kinds of sanctions that are imposed on Cuba.

While in the latter years of the Obama administration, it seemed as though there was hope for sanity in US-Cuba relations, its successor, Donald Trump, tightened the noose around Cuba with the draconian implementation of some 243 additional measures. These included the cessation of air transport between the two countries and even forbidding visits of cruise ships. One of the most recent was cutting off remittances to families in Cuba from their relatives in the United States and prohibiting Western Union from relaying such remittances.

Worse, the US embargo has been extended to third countries, which now face punishments if they engage in economic activities with Cuba. This prevents Cuba from purchasing supplies of food and medicines from these nations. It is ironic that Cuba, which has won worldwide praise for developing its own anti-COVID vaccines, including the much-heralded Abdala and Soberano2, is restricted in carrying out its vaccination campaign by a shortage of medical supplies, including syringes.

Where is the humanitarian concern, when such actions not only weaken the Cuban people by denying access to food supplies, but also provides fertile ground for the spread of diseases?

That persons so affected should be inclined to protest is not surprising; but the hypocrisy in the international media must be exposed.  If we are truly concerned about the welfare of the Cuban people, then we should all insist on the lifting of the criminal sanctions. The Cuban people, like the late George Floyd, are saying the equivalent of “We can’t breathe”. Their concerns must be addressed and we have every confidence that they can and will be addressed by the Cuban leadership as it has done in the past. But the stranglehold of sanctions must be lifted so that the economy and economic and social life gets oxygen.

We the SVG/Cuba Friendship Society, reiterate our solidarity with the Cuban people and express confidence that, if left to handle their problems, the government and people will arrive at solutions.

One reply on “Cuba needs our help”