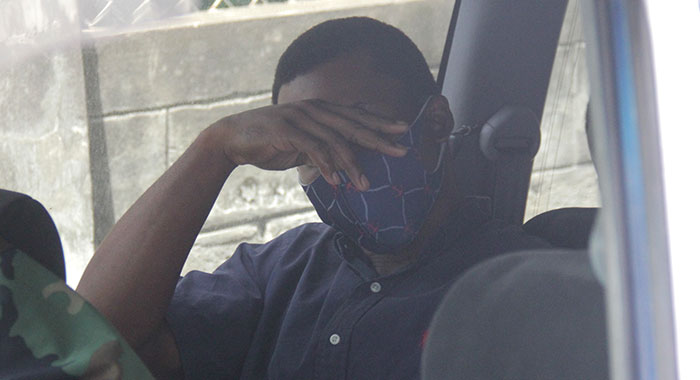 Why would a man of impeccable character be among people of questionable character in a vehicle that contained an unlicensed firearm and 10 rounds of ammunition?

That is the question that prosecutor Sergeant of Police Renrick Cato asked the court to consider after hearing mitigation on behalf of Aneil Hazelwood, 23, of Green Hill, who was convicted of unlawful possession of a firearm and 10 rounds of ammunition.

Cato told the court that what concerns him most, based on the evidence before the court, are “the characters that this man of impeccable character found himself with on that day”.

The prosecutor noted that the investigators, under cross examination, told the court that they know “CJ” (Lopez McFee), one of the men in the vehicle, and how they came to know him. The prosecutor further noted that Hazelwood, in his own evidence, said he knew CJ to be a harmful man, but they were together on their way to KFC.

Cato said that the weapon was found loaded with five rounds of ammunition and there were five more rounds in the vehicle.

He said that there is a prevalence of firearm offences in St. Vincent and the Grenadines and the court is tasked with sending a strong message to people who see it fitting to have in their possession unlicensed firearms and ammunition.

He said that the court cannot behave as if the offences are trivial, adding that the firearm and ammunition was found in a vehicle with persons of questionable character and the defendant is of good character.

He asked the court to let the sentence reflect the seriousness of the offence.

“Jesus was among criminals… He was crucified next to one,” defence Counsel Grant Connell fired back after the prosecutor’s submission.

The exchange unfolded on Tuesday, at the Serious Offences Court, as Chief Magistrate Rechanne Browne was hearing submissions ahead of the sentencing of Hazelwood, an IT technician, whom she had found guilty of two firearm and ammunition charges.

The sentencing was adjourned to today (Thursday).

Hazelwood had initially pleaded guilty to the charges when he was arraigned on April 6, a day on which he did not have a lawyer.

However, the magistrate requested more information before handing down a sentence.

The facts, as presented by the police after Hazelwood’s guilty plea in April was that acting on information, detective Sergeant 643 Quow of the Criminal Investigation Department led a party of officers about 3:50 p.m. on April 5, in search of motor vehicle PJ724, which was suspected of carrying guns and ammunition.

The officers stopped the vehicle on Halifax Street and when the driver put down his window, the officers saw five people inside.

Hazelwood got out of the driver’s seat and a black plastic bag was seen on the seat.

Detective PC339 Laborde, who was among the party of officers, checked the bag and found the pistol loaded with five rounds of ammunition.

The officer showed the weapon to the driver and other occupants of the vehicle.

Hazelwood replied, “Officer, is my gun and ammunition. Is a long time I have them.”
The police took the vehicle and its occupants to the Central Police Station and conducted a further search, during which five rounds of .38 ammunition was met on the front passenger seat.

The defendant said, “Officer is mines.”

On hearing the facts, the chief magistrate said she needed to know who the other occupants of the vehicle were and where they were each sitting.

She adjourned the sentencing so that the investigator could attend court and further explain the facts.

However, when Hazelwood returned to court, he retained Connell as his counsel and changed his pleas to not guilty. His trial took place in early July but the chief magistrate reserved her decision to Tuesday.

On Tuesday, the chief magistrate handed down guilty pleas on both counts.

In mitigation, Connell noted that his client has no previous convictions and was remorseful.

The lawyer, however, said that his client’s possession of the firearm was because of coercion and intimidation.

He said that Hazelwood is of good character, adding that this does not fit in the same sentence with many 23-year-old men in the country.

He said that the evidence was that his client was of great assistance to the authorities.

The lawyer argued that offences of that nature normally attract a sentence of four to five years in prison, but pointed out that the law also allows for a fine.

He said that this shows that legislators considered that there are circumstances when a fine would be more appropriate.

Connell said that the clanging of metal doors, cold floors, bugs biting and other “attributes” of being at Her Majesty’s Prisons are not suitable for Hazelwood.

He said that Hazelwood is not a threat to society.

“Society does not need to be protected from young men like him,” the lawyer said.

He said that Hazelwood was in a car in which the firearm and ammunition were found, adding that the person who was closest to the firearm is no longer alive, having been shot and killed.

iWitness News understands that Lopez McFee, 25, of Largo Height, was sitting in the front passenger seat of the vehicle.

McFee was gunned down in Paul’s Avenue near Metrocint General Insurance around 7 p.m. on May 5.

iWitness News is unaware of any connection between his death and the case involving Hazelwood.

The lawyer pointed out that the firearm was found in a jeep in which Hazelwood was travelling with five young men.

He noted that the firearm was not found under Hazelwood’s seat but under a cushion.

“Any man who sits on a piece of iron must feel the iron under his bottom,” Connell said, apparently suggesting that the firearm was put there after Hazelwood exited the vehicle.

“It would be hard and unconscionable to send a young man of his calibre behind those walls that are not made for a young man like this.”

The lawyer said that Hazelwood had a child on the way for whom he is making preparations.

“We cannot afford to create a criminal. We have enough behind there (prison) already,” he said, adding that the prison does not allow for social distancing.

He said that while he was not drawing a nexus between the court and the national coffers, the jail is full and the coffers are empty.

The lawyer said that he knows that the coffers are empty when his vehicle falls into a pothole and he has to pay $800 to repair the damage and when he had to fly his son to Barbados for treatment because there was no plaster of Paris at the hospital.

Connell expressed confidence that should a prison sentence be imposed on Hazelwood, he would not appear in court again as a defendant.