Salvation Army burglary accused ‘not guilty with an explanation’ 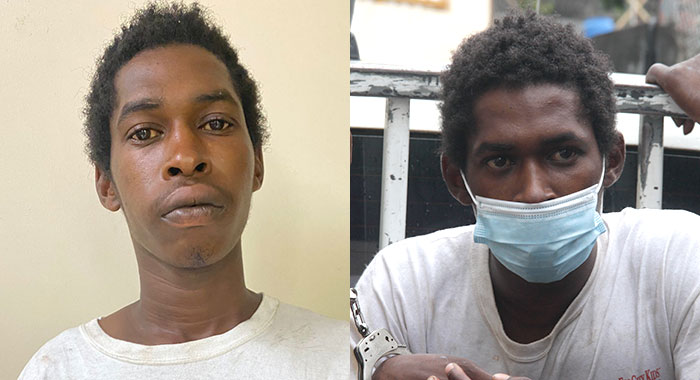 Police have arrested and charged a 19-year-old man with the burglary at the Salvation Army, which netted EC$12,077 in cash.

On Monday, at the Serious Offences Court, Kyjuan Prince, a Kingstown labourer, initially pleaded “not guilty with an explanation” to a charge that between July 7 and 8, he entered the Salvation Army as a trespasser and stole the money.

However, Chief Magistrate Rechanne Browne told the defendant that the options were to plead “guilty” or “not guilty”.

Asked again if he was guilty or not guilty, Prince said not guilty.

The prosecution has no objection to Prince’s bail but asked for sufficient surety, no contact with the complainant, and that the matter be transferred to the Kingstown Magistrate Court.

But Prince continued to mutter that he just wants to explain himself.

The chief magistrate pointed out to him that he had pleaded not guilty and, therefore, no explanation was required “today”.

Browne set bail at EC$13,000 with one surety and ordered Prince to report to the Central Police Station on Mondays and Thursday between 6 a.m. and 6 p.m.

The matter was transferred to the Kingstown Magistrate’s Court for hearing on Aug. 16.

Asked if there was anyone present to bail him, Prince told the court that he had no one to bail him.

Later in the sitting, Prince was further arraigned on two other charges.

He pleaded not guilty to charges that

·      between July 7 and 8, at Kingstown, he entered Everest Trading as a trespasser and stole one gold-plated chain, one monitor, one large boom box, one Adidas book bag, three small boomboxes, 12 men’s boxer, 10 pairs of slippers, valued at 2,273 and EC$674 in cash; and,

Prince was granted composite bail in the sum of EC$4,500 with one surety.

The matter was adjourned and transferred to Kingstown Magistrate’s Court on Aug. 16.