Burglar breaks ‘creative bond’ aimed at keeping him out of prison 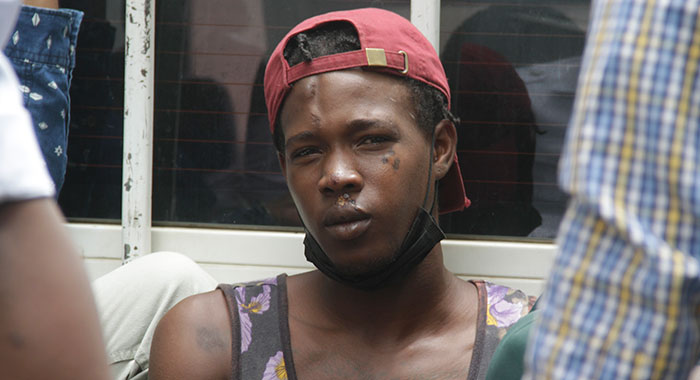 A man who the court recently gave a chance to get his life on track by ordering that he meet with a counsellor has been jailed for a late night burglary while on a bond.

She, however, gave him a chance to avoid additional prison time by giving him until Oct. 28, to compensate his theft victim, in order to avoid a further four months in prison.

However, Codougan has more legal trouble as he is to be tried on Aug. 16 on charges that on July 21, at Kingstown, he damaged an iPhone, valued at EC$1,800 belonging to Christopher Findlay of Chateaubelair, and assaulted Findlay, causing actual bodily harm.

A few weeks ago, Codougan may have been saved from prison time when the counsellor who was in the courtroom, rose and indicated to Chief Magistrate Rickie Burnett that she was familiar with him for a previous prison stint.

The counsellor said that Codougan has shown potential when he participated in her programme and might have benefitted more if he had completed the programme.

She said she was willing to work with the young man in an effort to rehabilitate him.

On hearing the counsellor’s intervention, the senior magistrate ordered that Codougan meet with the counsellor and that reports be presented to the court at fixed intervals.

If Codougan failed to meet with the counsellor or commit an offence while on bond, he was to be sent to prison for two months.

On Friday, also at the Serious Offences Court, Codougan, 22, pleaded guilty to a charge that:

The court heard that Harry is in a relationship with Delplesche, who is the owner of the items complained about.

The court heard that on July 14, Harry had the items in her bedroom when she fell asleep.

She woke up about 1:20 a.m. on July 15 to charge her phone and realised that it was missing.

She woke up her Delplesche and they checked about the room and realised that the items listed in the charge were missing.

Harry reported the matter to the police and PC277 visited the scene and launched an investigation.

On July 22, at the Criminal Investigation Department in Kingstown, Codougan admitted to the burglary and theft of the items.

On Friday, the chief magistrate adjourned the sentencing to Monday, as Codougan, who was wearing a sleeveless top in court, was shivering in the air-conditioned room.

In mitigation, on Monday, Codougan told the court that he had handed over to the police all of the stolen items except for the cash.

He asked the court to give him two to three weeks to come up with EC$2,700 saying he would ask relatives in North America to help him repay the amount.

However the chief magistrate said she would not order restitution of the shoes as Codougan had worn them after stealing them.

The court further heard that some of the stolen items, including the music box had not been recovered.

In her submission on sentencing, Police Constable 754 Tekisha Harry, noted that the complainant was sleeping in her home when Codougan invaded their property and stole the items.

She said that he had put at risk the lives of the complainant as well as his own life.

The police officer noted Codougan’s criminal record and asked that the bond be activated.

She further submitted that if the court was minded to impose a fine, it should be paid forthwith.

The chief magistrate said that in cases like these the virtual complainant is often left at a disadvantage.

Prosecutor Sergeant of Police Renrick Cato noted that Codougan was arrested eight days after the offence, by which time he had already “lick up” (spent) the EC$2,700 in cash.

Codougan told the court he had used the money to buy items for his baby, which is due in December.

“This is kind of early,” the magistrate said and asked him what types of items he had bought for the baby.

“All kinds of things,” Codougan said.

Asked if he had left the items with the expectant mother or at his home, the defendant said that they were at a friend’s, where he and the pregnant woman lived.

In handing down her sentence, the chief magistrate said that Codougan’s early guilty plea and youth are the only mitigating features of the offence.

She, however, said that he had to find the compensation amount just as quickly as he stole the items.

“I want the complainant to be put back into the position he was before the incident happened,” She said.

The chief magistrate said that the defendant has a terrible record for similar offences and recently broke a bond.

She noted that the Kingstown Magistrate’s Court had been creative in its sentence when it placed Codougan in the care of a counsellor.

The chief magistrate said that she could recall the counsellor saying that Codougan had failed to turn up to their sessions.

At this point, counsel Grant Connell, who was at the Bar table, told the court that he had spoken with Codougan’s family and that the defendant may need to be assessed as his “behaviour pattern goes on a tangent sometimes”.

However, the chief magistrate said that the court had examined the defendant and had assigned him to a counsellor.

Connell, however, noted that the counsellor is not a psychiatrist.

“I know, we have all of the reports,” the chief magistrate responded.

She noted the time of night when the crime took place, adding that it could have gone wrong in many ways for many people.

“There was no clue that you passed through until they were looking for phone to charge,” she said, adding that the crime seems to have taken some planning,” Browne said.