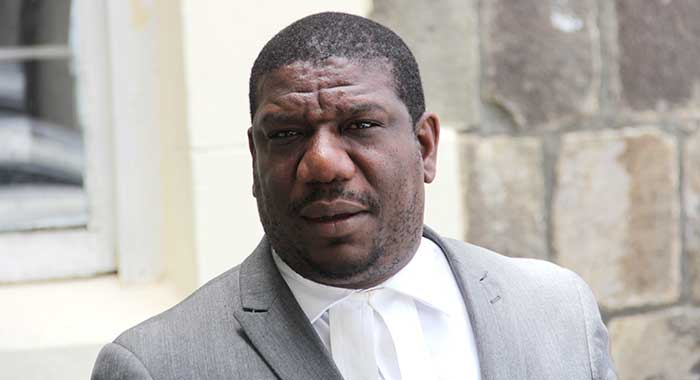 A lawyer representing the two activists charged with breaches of the Public Order Act says that the law does not require anyone to get permission from the commissioner of police to have a public procession or public meeting.

Israel Bruce, who is also an opposition senator, said on NICE Radio’s Current Affairs on Tuesday, that the charges against cousins Adriana King and Kenson King are intended to dissuade people from attending future protests in St. Vincent and the Grenadines.

“There is that deliberate effort.  And we can couch it in all the smooth and flamboyant and fairy and sexy language that we want to couch it in. It means the same nonsense that that is what is being looked at and it is being addressed from several vantage points,” he said.

“So, if we believe that they have some sort of a carry or some sort of a presence in the social media sphere, if we drive fear in them, they would back off. And if they back off, the number of persons who have been following them and being encouraged by them to join any protestation, that number will also fall off. That is clearly the intent,” Bruce further said.

“The mass raiding of homes on Aug. 7 by police officers across this country clearly has a single intent,” he said, referring to the police raids of the home of 11 alleged supporters of the main opposition New Democratic Party (NDP)

“And that is to say to persons who they believe may have been involved whether in planning or supporting protestations, if we hit at the heart of these people who we believe have some sort of say in it, then, again, we will have similar effect. That is what it is,” Bruce further stated.

Adriana and Kenson have each pleaded not guilty to four counts of breaching the Public Order Act.

The duo is alleged to have contravened Section 5 (1) of the Public Order Act, Chapter 396 of the Revised Edition of the Laws of St. Vincent and the Grenadines, 2009.

Bruce said that in charging the two activists, the authorities “picked up a piece of legislation” dating back to 1951.

“Remember when we got independence? 1979,” he said, highlighting the fact that the law is from the colonial era.

He said that section 5 of the act speaks of notice of meeting to be given.

Provided that the provisions of this subsection shall not apply to funeral processions.

He said that section 5 of the act “does not require anybody to get no permission from no commissioner of police.

“And I know I am but a lowly junior lawyer so I want for the eloquent, brilliant and outstanding lawyers to tell me that my interpretation of this is incorrect. There is no set of legalese in it.

“The first thing is, you simply have to notify. Now, note something. Importantly, that particular section did not say what form the notification is to take. It did not say to notify him in writing. So I want all of that to sink in quietly.

“Now, when you arrive in Kingstown and you meet barricades chained together, which is not the norm in Kingstown, what is that saying to you? It is saying that the commissioner of police is duly notified that there will be protest action in Kingstown. You can take that and turn it however you want it. So he is notified.

“But the section speaks to meetings and processions. So if you are going to congregate and have a meeting, a meeting is not just the congregation. It is where people are speaking and you are having addresses and so forth and so on. That is a public meeting, where you would most likely use amplified sound.”

He said that as it relates to a procession, “The law is saying, let the authority know that you are going to be using these routes to have these processions, or if you having a meeting, what would be the location of the meeting. It is not presupposing that if you wish to protest that you need no permission from no commissioner of police.’

The organiser and any person who knowingly takes part in any public meeting or public procession held in contravention of subsection (1) is guilty of an offence under this Act.

He noted that subsection 2 identifies two categories of people:

“You are either an organiser of the event or you are a person who knows that you are taking part in a public meeting or public procession held in contravention.

Bruce pointed out that the Section 6 of the law speaks to “No right of meeting in a public place”.

For removing doubts, it is hereby declared that no person has a right to hold a meeting in a public place.

Brue said that the law was “because, we, as black people, were not supposed to converge in the public to have no sort of meeting to threaten the rulership of the class”.