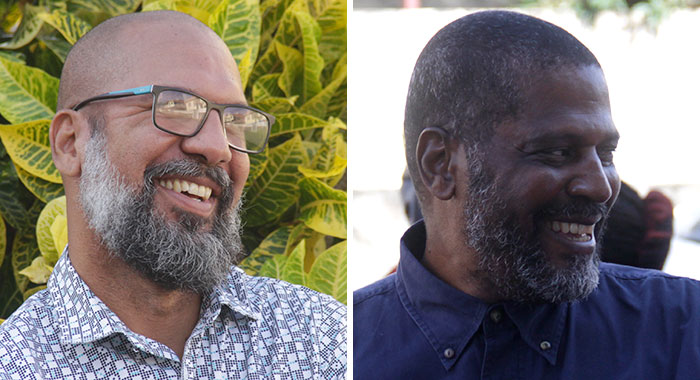 General Secretary of the main Opposition New Democratic Party (NDP), Tyrone James, a retired Coast Guard commander, as well as Colin Graham, a party spokesperson, will be tried on Dec. 7, on four breaches of public order charges each.

On Thursday, one day after being arrested and charged, the two each appeared before Senior Magistrate Rickie Burnett at the Kingstown Magistrate’s Court.

They each entered not guilty pleas on charges that on July 29, at Kingstown, they did organise or were concerned with organising a public procession, without notifying the Commissioner of Police at least 24 hours prior.

They entered similar pleas on the same charges, this time, with the date of the offence listed as Aug. 5.

James and Graham also pleaded not guilty to charges that on July 29 and Aug. 5, in Kingstown, they did knowingly take part in a public procession or meeting, in contravention of the Section 5(1) and Section 5(2) of the Public Order Act.

Israel Bruce, who is also an NDP senator, represented the men.

Bruce told the court that Kay Bacchus-Baptiste — a former NDP senator—who was not in court, is the lead counsel in the matters.

The prosecutor, Police Sergeant Cornelius Tittle, asked that station bail continue in the matters, an application that the magistrate granted.

Bruce asked the court to order disclosure and also asked for a swift trial.

The prosecution said that it would need about a month and a half before the trials could take place, adding that the court will be on break in October.

The senior magistrate ordered disclosure by Oct. 4 and set the trial for Dec. 7.

The charges against James and Graham are the same as those brought against Adriana King, a teacher, and Kenson King, a prison officer, last month.

They bring to four, the number of persons charged in connection with the protest.

Bacchus-Baptiste said on radio, on Wednesday, that police have communicated to her the names of three other persons who they say are wanted for questioning in connection with the charges.