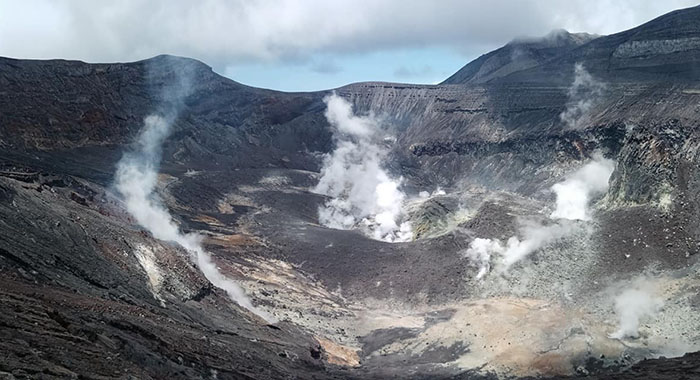 The Government of St. Vincent and the Grenadines, on the advice of scientists from the Seismic Research Centre, University of the West Indies, has lowered the volcanic alert level from Orange to Yellow.

Activities at La Soufriere have declined for the last three months and are consistent with a period of unrest following eruptive magmatic activity (explosive eruption) which can be seen by the emission of hot, degassing, near surface magma at the summit of the volcano, the National Emergency Management Organisation said Wednesday evening.

A yellow alert means that the volcano is still restless: seismic or fumarolic activity or both are above the historical level at the volcano but have reduced significantly since the last eruption on April 22.

The lowering of the volcano alert level to Yellow means that all residents who previously evacuated can now return to their homes, this includes residents of the communities of Point and Fancy.

All persons in emergency shelters should return to their homes by Monday 20th September, 2021, once it is habitable, NEMO said.

Access to the volcano remains off limit as hot gases are still being emitted from the volcano and hot rocks are possible at the surface.

The landscape leading to the summit has changed significantly since the eruptions making it extremely difficult to maintain ones footing which may result in injuries, NEMO said.