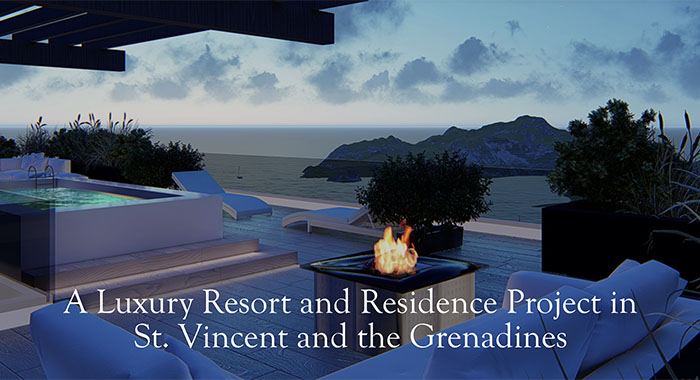 I was searching up for a file the other day and happened upon the Royal Mill brochure.  As much as I thought it did, the absurdity of it did not take hold the first time. I doubt it has yet. I have written about this Royal Mill’s cock-eyed fraudulent scheme, and I am touching on it again. Only this time from a different angle.  I promise to be brief.

Now, I am seeing more clearly the government’s absolute complicity in this misleading enterprise.  “The Cover Up is Worse than the Crime” some say.  Me too.  Without this government’s approval, where else could Royal Mill go with this, er, project?   Not to St. Lucia.  Not to Grenada.  Not to Barbados.  Nor to a place where due diligence is practiced.  That is to not where.  So then where?  Nowhere.

When the usual people like Hans King and Fitz Huggins read this (I know they do) they are going have a psychotic break and pounce all over my head — again — accusing me of being a “Ralph hater.”  It is a war of attrition; a way to harass, frighten and defang me.  Or anyone who doesn’t write what they like.  FACTS!  Alas, I have no problem with that because my wife will simply up my Lexapro dose for the deep decline that awful, awful accusation will cause me.  She had me on Prozac but after so much licks people like them does give me, Prozac wore off and I became suicidal.  I mean, Fitz used to be my friend and co-worker, who can blame me for my depression due to my fall from grace in the eyes of this great, influential diplomat.

To keep my promise of brevity I need to put the ball — or part thereof — in your court.  So, let’s begin.  Close your eyes.  Place yourself on the knoll above Calliaqua.  Breathe softly.  And deeply.  In, hold.  Out, hold.  Repeat.  Count to 20.  Now open your eyes and click on this link: home – Royal Mill (theroyalmill.com).  This is where you are.  Or should have been — since last year.  Are you disoriented?  You should be.

One of Royal Mill’s own has a plan to dig up the coral at Indian Bay and replace it with artificial crap.  Dig up and replace seems to be a Royal Mill theme.  Did you click the link?  And did you navigate the wonderful tabs?  Yes?  Good.  Then you might have noticed that they are going to dig up Calliaqua Bay and its environs and replace it with much of the Tobago Cays.  Cut and paste works with corrupt officials and swindles only the first wave of guests.

Who in this government did Royal Mill present this la la land scheme to?  And upon its presentation, did that government man say, “Weeeee, I assume Bezos and Musk and Gates and Silk and the Walton family are on board.”  Even so it go be a stretch.

When Dave Ames was allowed (advised??) to abscond, he left behind a huge, godawful, unfinished, decaying, several-storey tall structure down Buccament, useful only for demolition training.  Something so go get leave up the knoll.  And all of them Royal Mill people go go back foreign.  A la Ames.  Even, or especially, the temporary prodigal son.

Did https://theroyalmill.com/ even reach “our” planning people?

It is time to put the ball in your court.  Do you believe in this Royal Mill project?

If sanity steps in and you don’t, not to worry, I’ll gift you my left over Prozac.

You want brief?  You want the 500 words above in 25?  Here it is:  Royal Mill smelt a sucker.  They knew this government is so lickerish for big hotel it would accept all comers — and a pox on plan.