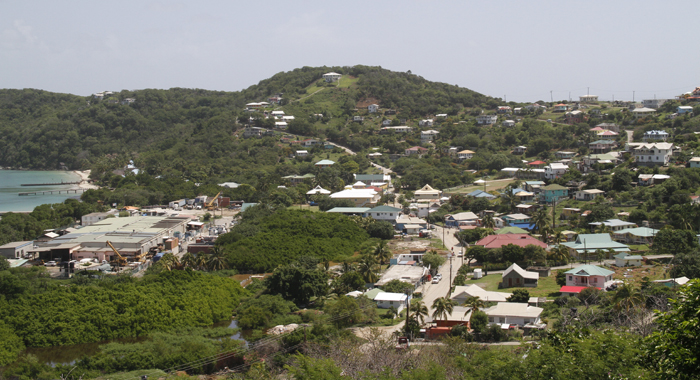 The number of COVID-19 cases in the Southern Grenadines is “at crisis proportions”, says Parliamentary Representative for the district, Terrance Ollivierre.

At least 52 cases of the illness have been confirmed in Canouan and 12 in Union Island, amidst a spike across this multi-island nation.

Nationally, the spike has claimed five lives since Sept. 9, in addition to the 12 that the pandemic had claimed locally up to May 2021.

“… to tell you the truth, it is quite alarming when you hear the sort of figures that are coming out of the Southern Grenadines, and what makes it even more alarming is that we have persons who are in quarantine and persons who are tested and waiting on the results,” Ollivierre said of the number of positive cases in his constituency.

“So it means that even that number may rise, and I hope it doesn’t,” Ollivierre said on New Times, his party’s daytime radio show.

“But when you look at the numbers, it proves that not much was done, considering what is happening throughout St. Vincent and the Grenadines, to stem the spread of the virus, especially in these islands.

“And I am certain that you all would agree with me that much more could have been done in terms of sensitising people and taking the political aspect out of it and ensuring that persons do what is needed and look at the issues more seriously.”

The MP said that even amidst the spike, he was hearing reports of people still congregating and socialising in large numbers on beaches and at bars.

“We need to make people understand that they need to follow the protocols in terms of wearing masks, social distancing, sanitising and all of that, because we need  to be our neighbours’ keeper; we need to look out for one another and for the health of everyone.

“And even in instances where you see children are also coming down with the virus. And we know even now at holiday time, a lot of our kids would congregate and play together and get involved in activities and we need to somehow curtail what is happening. People need to realise that the virus COVID is a serious thing, the virus is here, and we just don’t pretend that it’s not.”

Students in SVG have not returned to the physical classroom since December 2020 and were slated to return to school on Oct. 4.

It is, however, unclear whether they will return to face-to-face learning or continue their education online, in light of the spike, which has seen the number of active cases soar to 602, as of Tuesday, up from 32 on Aug. 31.

iWitness News understands that at least 18 children on Canouan have tested positive for the virus.

This has led to speculations that the children might have contracted the virus at their school’s graduation on Sept. 7.

However, one person who attended the graduation told iWitness, on Wednesday, that this is improbable, if the COVID-19 science is to be believed.

The source, who asked not to be named, speculated that the children might have caught the virus during their rehearsal for the graduation ceremony, adding that the graduation took place on Sept. 7, and students began presenting with symptoms two days later.

The source said that the outbreak among the students might have originated in a home where the adults are fully vaccinated but later tested positive for the virus.

“All of the children wore masks at the graduation ceremony and were seated by themselves. People on the island were sick with COVID-19 before the graduation,” the source said.

iWitness News was reliably informed that 40 homes, representing 300 people, on the island of about 2,500 people —where two-thirds of the land space is tourism plants — are in COVID-19 quarantine.

Only one resort employee is said to have tested positive recently and this case was traced to a pilot, a well-placed source told iWitness News.

“And once you are quarantined, whether [or not] you are tested negative, you need to stay in  quarantine until you are given that clear bill of health — until you’re told by the health authorities that you can  come out of that quarantine, but in coming out, you still have to follow the protocol.”

He noted the constituency’s dependence on the tourism industry.

“And if you have a high percentage of COVID throughout the islands, what is going to happen? It’s going to cripple our tourism industry and you, the people who depend on tourism for own your livelihood, that you’re not gonna be employed because what has happened since COVID has taken over the world.”

The MP said that many constituents are unemployed because of the impact of the COVID-19 pandemic.

“Some people were called back to work or other people are home, catching their aunt, uncle and nennen (godmother). They have children to send to schools, they have bills to pay and the industry isn’t opened up as yet as it should and we cannot afford to let COVID come in these islands and take over.

He emphasised that residents have to play their part in flattening the curve.

“Some people may think well I may be negative…  You still have to follow all protocols and do what is necessary because you too may come down with the virus. You’re liming at the shops without the masks; you need to wear a mask.

“You need to stop congregating in large numbers; we just need to follow the protocols. And if this country, if we were testing as we should have been testing before, we may not have been in this situation today and try to show people what it is we are up against and what they really need to do and the consequences of not following what they need to do. And because of this situation, I think it is at crisis proportions.”

He noted that Canouan is a small island on which people live in close proximity to each other.

“… and you hear of these numbers, you’ve heard about what happened on the island of Canouan where it seems like so many people were in quarantine, that even places like the bank and other business places were at a strain to operate…

“So it is very important because if this thing rises, then something must be done. If this number should rise, keep rising in these islands, then we have to do something and we don’t want to reach to such a critical position but we are already at crisis proportions,” Ollivierre said.

One reply on “COVID ‘at crisis proportions’ in Southern Grenadines”