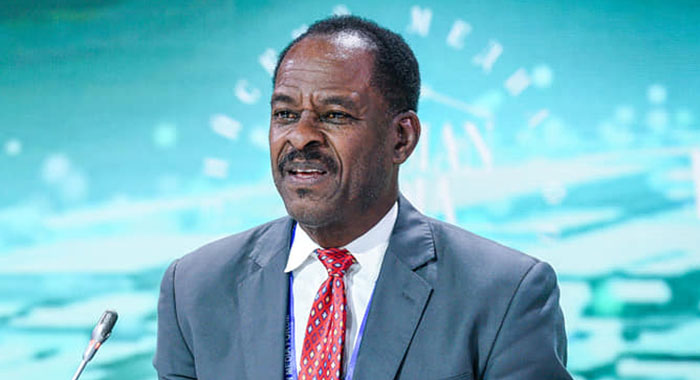 Contrary to repeated comments by infectious disease specialist and COVID-19 TaskForce advisor, Dr. Jerrol Thompson in the media this week, health officials in St. Vincent and the Grenadines (SVG) have not identified any super-spreader event in connection with the current COVID-19 spike.

“We probably could point to some socio-economic conditions and some living conditions that have supported or allowed for greater spread of disease. But I don’t think we could point to one or two events to say that these events are super spreaders,” Duncan said.

Speaking on Boom FM, on Monday, Thompson said that the anti-mandatory COVID-19 vaccine protest in Kingstown on Sept. 9 was a super-spreader event.

“We’ve learnt that the protest rally was a-super spreader event,” he said, even as the uptick first appeared on Sept. 9, when 30 cases were reported from samples taken the previous day — up from two new cases reported on Sept. 8.

“And whether the reason why might have been by the police efforts to delay it for one reason or the other, for me, from a public health point of view, it was a super spreader event in the making and so said, so done. It occurred.”

Thomas, a former science and technology minister under the ruling Unity Labour Party administration, provided no data to support his claims.

“I would say that nurses and public servants were well served and quite smart not to attend this even in the middle of a pandemic, especially when it was joined by the anti-maskers,” he, however, said.

“The current major surge in COVID-19 cases in this country related to the spread of the highly infectious Delta and Gamma variants requires that we join together to stop the spread in order to protect our lives and livelihoods and the future of our children.”