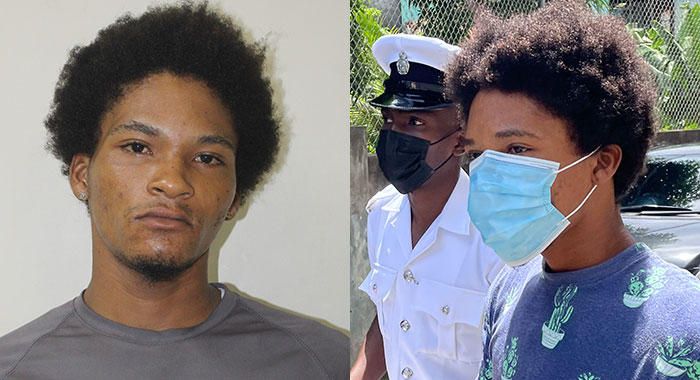 Kimron Scott was jailed for his crime.

A 22-year-old Redemption Sharpes man had an unlicensed firearm and five rounds of ammunition in his possession because he was afraid of members of his former gang, his lawyer told the court, on Monday.

Lawyer Israel Bruce, who acted amicus on behalf of the defendant, Kimron Scott, a refrigeration technician, noted to the court that the man’s explanation, in law, was not an excuse for his actions.

On Friday, at the Kingstown Magistrate’s Court, Scott pleaded guilty to charges that the previous day, at Paul’s Avenue, he had in his possession one .38 revolver pistol, serial number 76938 and five rounds of .38 special ammunition, without a licence issued under the Firearms Act.

Senior Magistrate Rickie Burnett adjourned and transferred the matters to the Serious Offences Court for the hearing of facts and sentencing on Monday.

The facts of the case are that on Thursday, about 10:30 a.m., detectives Sergeant 6 Alexander and Constable 124 Caesar were on duty near Bishop’s College when they received information that a fair-skinned, tall male wearing a multi-coloured hat had a gun in his possession on the main road opposite Tarya’s Ital Shop.

They went in search of the individual and met Scott, who was carrying a purple bag and wearing a multi-coloured bucket hat.

The officers, who were in plainclothes, used their police identification cards to identify themselves, and requested a search.

PC Caesar searched the bag and saw a black .38 revolver pistol and five rounds of ammunition inside.

Scott was arrested and he gave police a written statement denying the offences.

Scott broke down in tears as the lawyer mitigated on his behalf and asked the court to temper justice with mercy.