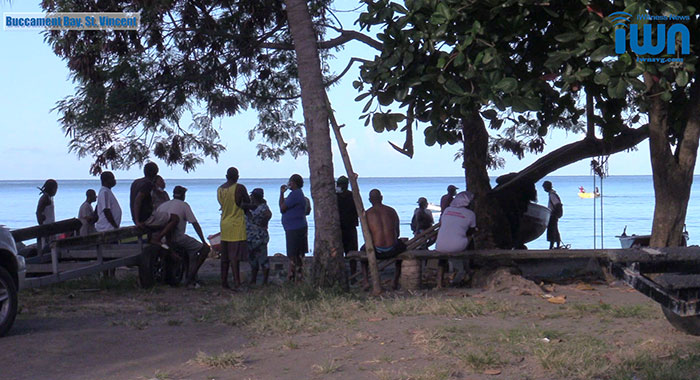 A proposed investment by a Vincentian businessman Rudy Daize in Buccament Bay is not sitting well with fishers in this Central Leeward community.

The issue surrounds the previous home of the Buccament Bay Health Centre.

The government traded the property for another lot of land in the community, on which it built the Buccament Polyclinic.

And with the land and the former clinic back in private hands, it was later acquired by Daize, who told iWitness News that he plans to set up a bar and restaurant there.

Daize, a long-time resident of the Buccament conurbation, told iWitness News that he plans to build a bar and restaurant in the area.

He said that his business would be confined to the areas to which he has a legal right and that the fishers could have access to the property in the event of adverse weather.

But Renrick Bruce. The fishers’ spokesperson, told iWitness News that Daize had disclosed to him a plan to build a jetty near the restaurant and bar.

The fisherman said this would have a negative impact on fishing in that section of Buccament Bay.

Daize did not comment on the details of his plans, saying that they were still awaiting approval by the physical planning authorities.

The fisher said that they are not opposed to the investment but wanted reassurance that their fishing operations would not be disrupted.

The fishers’ comments suggest growing frustration as less and less of the beachfront at Buccament Bay remains available to them for their operations.

Some of frustration may have been caused by erroneous assumption about how much of the area is actually public property.

When Buccament Bay Resort operated between 2008 and 2016, the fishers could no longer haul their nets unto that side of the beach, as had been done previously.

However, with the resort having changed hands, the fishers are unsure of how much longer they can continue to land their nets on that section of Buccament Bay.

The fishers say that they have spoken to their parliamentary representative, Orande Brewster who assured them that they would have access to the public areas of the beachfront.

The fishers’ comments further suggest some frustration with the government’s attitude to the industry and what they say is a lack of support for artisanal fishers.

Bruce says that the government should take seriously the concerns of the nation’s fishers in light of their contribution to the economy. One Buccament Bay residents said that fishers would not have had to contend with these fears had the government paid for the land on which the polyclinic was built and kept the former clinic site as public property.