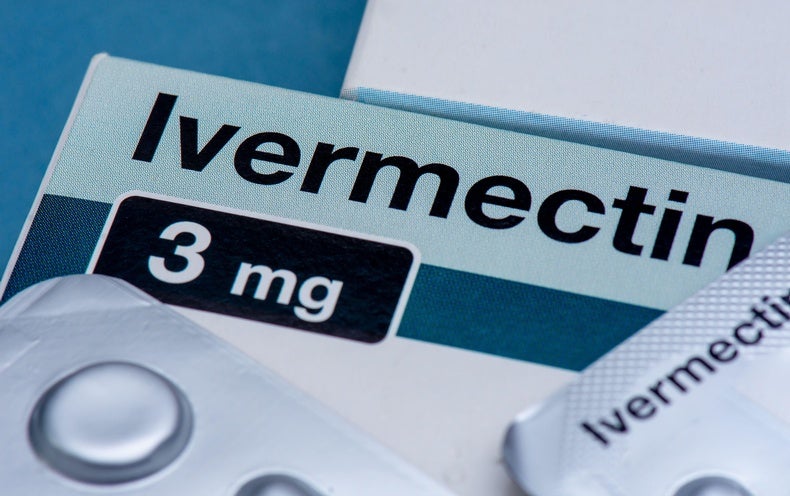 The Ministry of Health, on Thursday, confirmed that Ivermectin is on St. Vincent and the Grenadines’  essential medicines list but advised the Vincentian public “to be wary of unproven claims of the drug’s viability in respect of the current pandemic”.

“Pharmacists, must, before they dispense a prescription drug, examine the possible reason why the drug was prescribed. In the case of Ivermectin, its use in humans in the context of St. Vincent and the Grenadines as a deworming treatment would be questionable since it is on our current Essential Medicines List (EML) not as a drug of first choice but a complimentary option in special situations,” the ministry said in a press statement.

“The EML serves as a guide for drug selection, particularly in the public sector, and is modelled after the WHO Essential Medicines List. In this regard, strict vigilance is advised,” the ministry said.

Drugs in SVG are procured through the Organisation of Eastern Caribbean States (OECS) Pharmaceutical Procurement Service, but the ministry said Ivermectin is not included in the OECS Formulary.

The ministry noted the international attention and ongoing debate regarding Ivermectin being a potential “miracle drug” in the treatment or prevention of COVID-19.

Its warning in light of these unproven claims comes as the Office of the Drug Inspector attempts to promote the rational use of medicines through regulated importation as well as proper prescribing and dispensing of pharmaceutical products.

The ministry said that the United States Food and Drug Administration (USFDA) approved Ivermectin for use in humans in 1996 for the treatment of roundworm and river blindness caused by a parasitic worm.

Further, the drug is included on the WHO’s list of essential drugs for a country to have, but its use in COVID-19 remains unauthorised “as the science behind this use is largely inconclusive,” the ministry said.

Worldwide, Ivermectin has been used to treat roundworm infestations in humans and livestock.

The ministry said that national regulatory agencies are heeding the recommendation issued by the World Health Organization (WHO) that the drug be used only in clinical trials where the requisite monitoring and controls are in place.

“In St. Vincent and the Grenadines, the public should pay close attention to the fact that, so far, there is no indication to use Ivermectin as a patient or to prescribe it as a physician other than in an approved clinical trial.

“Veterinarians are also not expected to sell the animal version to people for the treatment of COVID-19 as this practice is illegal and potentially dangerous,” the ministry said.

Also, in SVG, all medicines are registered and permitted entry into the local market by approval from the SVG Pharmacy Council, for a particular indication.

“Further, all prescription drugs intended for human consumption must be sold only on the presentation of a valid order by a registered medical officer or dental surgeon and by a registered veterinary officer, in the case of livestock.