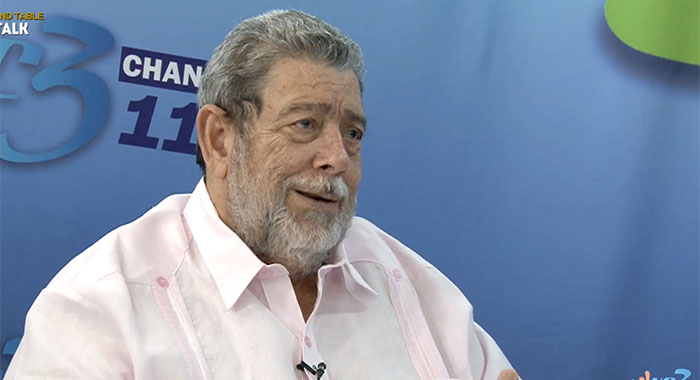 The Government of St. Vincent and the Grenadines is mandating COVID-19 vaccines for teachers and other school staff, Prime Minister Ralph Gonsalves has announced.

“On the basis of the advice which we have received, including advice from the medical authorities, those on the Health Services Subcommittee of NEMO, it was decided to put in these regulations, to include teachers as frontline workers. Teachers and those who’re working at the schools — the cooks and so on, everybody who comes in touch with children, students,” Gonsalves said Wednesday on the state-owned VC3, after a meeting of the Cabinet.

“There are basic reasons for this. First of all, there is an uptick in the number of persons who are contracting COVID, the positivity rate is in excess of 10%,” he said, adding that the number of COVID-19 cases and deaths in the country was rising.

“But just one week  ago, there were 12 deaths for a long time and just over a week, we have had eight — almost one a day. Now, that’s serious business,” he said, adding that the positivity rate has moved from under 5% and, in some cases, as low as 1% to in excess of 17%.

“So there was that, the epidemiological situation, the way the numbers are rising and all that’s happening around us,” the prime minister said.

“Secondly, the fact that we have a number of young people, students who have been contracting COVID and parents and teachers have been calling and the general public for us to include teachers and on balance it was decided, yes, given what is taking place.”

Gonsalves noted the decision is for the time of the public health emergency.

“… and when the pandemic ends —  hopefully, it will end sooner rather than later — then the life of those regulations would expire when the public health emergency is revoked by the Minister of Health.

“Now, among the teachers, the secondary school teachers, I have seen some numbers, maybe one-third of them vaccinated. Schools like the Grammar School, for instance, I was really surprised to see that of the 57 members of staff, only five are vaccinated.”

Gonsalves said that at St. Martin’s Secondary School, all of the staff are vaccinated.

He noted that the government  had made a decision that was to be implemented on April 12, that on that day, teachers would present either their certificate of vaccination or a PCR test or they couldn’t come onto the school compound.

“Now, the situation has changed. And, apart from the uptick, you are now having the variants: the Delta, the Gamma, and the Mu. These are more easily transmissible and the Delta is rampant in the country,” Gonsalves said.

“People tend to forget that this virus needs a host. The host is the human being and the virus moves because the human being moves and you come into contact with one another and it’s easily transmissible, this particular variant and it’s more serious to make you sick more easily.”