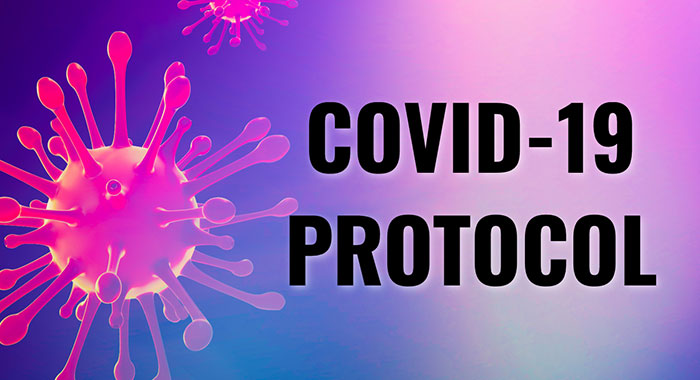 Only public health considerations should be taken into account when drafting protocols to combat the COVID-19 pandemic.

Opposition Leader Godwin Friday further said, on Monday, that while everyone should follow the established protocols, people are more likely to resist them if they sense that politics is involved.

“I just want to underscore though that in the same way, whether it is at the port, in the Parliament, at any workplace, anywhere, that the only criteria that should be used to determine what the protocols are is a public health criteria. That’s it. How do we protect the public and the individuals presently and going forward and use tailored measures for that purpose only,” he said on New TImes on NICE Radio.

“When it starts serving other purposes, then it undermines the credibility of the entire office that is responsible for developing these protocols and presenting them to the country to be utilised. That is what is so critically important in this process. If we are going to ask people to have confidence in it, then it has to be simply about public health.”

He made the point as he discussed protocols that NEMO has formulated for Parliament that require lawmakers to either present a vaccination certificate or a negative PCR test done no more than 48 hours before the meeting.

The protocols also say that persons who have not declared their vaccination status must speak from a booth, which is erected to the far end of the chamber.

These lawmakers must wear two masks when speaking, the outer one of which must be black.

On the other hand, members who have proven that they are fully vaccinated can speak from their seats and could remove their facemasks, if they so choose.

“But the point is that those persons who had been tested and who had been demonstrably free of the virus were then treated in a way to suggest that they were a greater risk than persons who have been vaccinated but who had not been tested,” Friday said of what transpired during last Thursday’s meeting of Parliament.

“I don’t understand the logic of it and the notion that you have to wear two masks then one have to be black and so on, I don’t know if the colour had anything to do with a public health concern. So these things ought to be revisited.”

He said that when protocols are issued everyone should follow them.

“But the protocols, as well, have to be practical and look at public health. As I said in the House the other day, the public health concern must be paramount, must be the only thing that guides the protocols. It can’t be used for anything else like a political motive or for saying this is the way we are going to force people to be vaccinated,” said the opposition leader, who is fully vaccinated.

“They don’t seem to get it. It is only making people more resistant. It’s only making people more resistant. It’s counter productive, when they should be urging and encouraging, they are seeking to belittle and to somehow treat people … even if they have proven not to be COVID negative, that is, they don’t have the virus, that they are somehow unsafe, and not as safe as persons who are vaccinated and not tested.”

Friday further noted that lawmakers who produced a negative test for last Thursday’s meeting have to produce a new one for today’s meeting of Parliament.

“This is part of the protocol that they are implementing when in fact what they had said before was that for some positions you would test every two weeks or so forth to make sure that you are negative.

“And there is some risk but it is a tolerable risk in between. This is something that we have to get right if people are going to buy-in and follow the protocols very strictly and this is what we want everybody to do and that’s what I am encouraging everybody to do.

“Even when you have some difficulties with it and so forth, you still follow it until it is changed, based on any kind of advocacy that can be made and results in any change by the chief medical officer.

He said that a Plexiglas shield should be installed around each MP, adding that this is done in government offices and banks.

“To me, that’s common sense. It does not cost that much in any event and that is something that’s being done around the world, because you don’t want to prevent Members of Parliament from doing their work as effectively as possible.”

Friday noted that instead of the Plexiglas shields, a booth was erected at the end of the room.

“To what? To say that you are scoring political points? I don’t think so. I hope that’s not the case but that’s the appearance that is there. At the very least, it prevents members from functioning effectively in the house. And that is something that needs to be revisited and it is something that the CMO, in her own deliberate judgement, ought to look at and revisit it so that we don’t give the impression that this is just something that is not solely connected to a public health purpose…

“You can’t get into a naming and shaming kind of thing with people especially when you have such a low uptake in the vaccination in this country. We want more people to work through their concerns, as many people are doing now, and coming to a point where they say, balancing the risk of one or the other, ‘I am prepared to be vaccinated’ or some people may say, ‘Well, I need a bit more information and time.’

“Provide that information for them rather than trying to make people feel that somehow, if you don’t do what they want to now, they are somehow less worthy. That is going to be counterproductive and it is what is happening now. There are too many threats and self-righteousness and arrogance on the part of government and government officials in the way that they are approaching the matter which is just turning people off and is just going to make the problem worse for us, unfortunately,” the opposition leader said.

2 replies on “Only public health should inform COVID protocols — Friday”