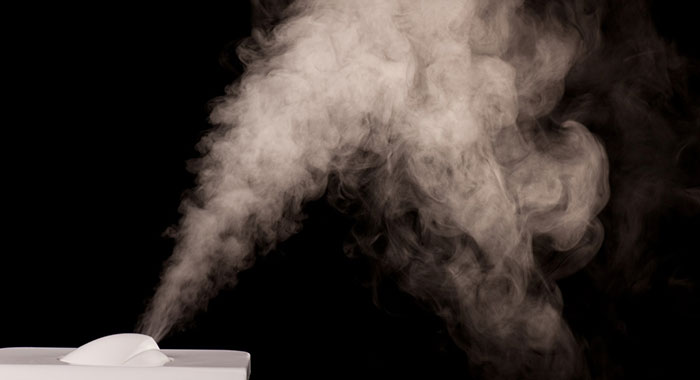 The treatment of persons who tested positive for COVID-19 and are isolating at home is “ symptomatic care”, which involves staying hydrated, fever medication, and steam inhalations to help with congestions.

“So we encourage persons to stay hydrated, meaning you drink your fluids. You also can use something for the fever, which would be Paracetamol. We prefer that you use Paracetamol generally because anything like the ibuprofen, the NSAIDs [non-steroidal anti-inflammatory drugs], might affect your stomach, especially if you’re not eating or so,” Chief Medical Officer Dr. Simone Keizer-Beache said on VC3 on Wednesday.

“Rest. Fluids. Some persons have used inhalations to try to clear, if they’re congested, to clear their nasal passages. So you might use steam inhalations; you might want to add some of the eucalyptus, some oils and stuff like that. But it’s mainly symptomatic,” she said of the treatment regimen.

“Rest is extremely important because remember, COVID affects your lungs and affects the amount of oxygen you’re getting into your lungs. So if you go and start jumping up and down and exercising, you’re putting more stress on your lungs and your heart. So you don’t really want to do that,” she said on Round Table Talk.

The CMO said that COVID-19 patients should “exercise moderately, mildly, take little walks around the house, not beyond your home.

“You get some sunlight, you try to eat a healthy diet and to keep your fruits up and fluids and Paracetamol for the pain, a decongestant if anything to help you with stuffiness, nasal congestion, the cough. But in terms of any more specific treatments, that is not what is available or required at this time.”

Keizer-Beache noted that the treatment for viruses is generally antivirals, adding that recently, it was announced that Merck had developed an antiviral.

“… but obviously that’s not even available, I think, for general use, much less to St. Vincent. So as with any other virus, it’s mainly at home.”

She said that in cases where people turn up for emergency care, several things are considered in determining whether the patient would be admitted.

These include oxygen saturation in the blood, and whether the person has pre-existing conditions, including asthma and diabetes.

“… these are things which would deteriorate, which would get worse and we determine that that person is not suitable to go home, but must be admitted because of how ill they are or the potential for their current state to deteriorate significantly.

“So that person is going to be admitted in that case. So the determination is genuinely made by the persons in emergency rooms. And sometimes we get calls from persons in their homes and from their descriptions we put them in; they are admitted,” Keizer-Beache said.

Meanwhile, Dr. Rohan Deshong, consultant urologist at the Milton Cato Memorial Hospital, speaking on the same programme, said that for COVID-19 patients who are recovering at home, he would advise them to, in their porch or yard, and get some sunlight.

“It’s a nonspecific anti-inflammatory and so is [vitamin] D. These have been proven to boost the immune system and help people recover from viral infection generally, COVID specifically,” Deshong said.

He said that for patients who have a bad cough but whose oxygen levels are good, some doctors give them Azithromycin — an antibiotic medication used for the treatment of a number of bacterial infections.

“Some would give them antitussives. That is something for coughing because the cough can be terrible. And non steroidals, we don’t advise… but sometimes it can be very bad — chest pain — because when you cough a lot, you get pain in the chest.

“And some doctors, once you’re eating, would give you nonsteroidals. They would monitor your blood count because sometimes your platelets can drop and nonsteroidals can make it worse and cause bleed. So we tend to say Tylenol, Paracetamol, as Dr. Keizer was saying, but the other adjuncts, the sunshine, the vitamin C, vitamin D, and those whom the doctors deem might need some, Azithromycin to take home.”

Deshong said he had a relative, living in another Caribbean country, who had a bad case of COVID-19.

“And his doctor gave him zinc, Azithromycin — a couple of courses along with his vitamins, etc.”

He, however, said that the good thing is that most people who are at home isolating are asymptomatic.

“We’re talking about the symptomatic who are not hypoxic. In other words, the oxygen levels are fairly good. And send them home and give them instructions. If it gets worse, if they find it difficult to breathe, they’re getting tightness in the chest, then you need to get back to us. But for those who are asymptomatic, or those who are — light cough or cold, etc., aches and pain, oxygen level is good. You can go home and be treated at home because we really don’t have the capacity to treat everyone in hospital. We keep but the sickest in hospital,” he said.

Both physicians encouraged people to get vaccinated against COVID-19, saying that doing so reduces the chance of contracting the virus or becoming seriously ill or dying of it.