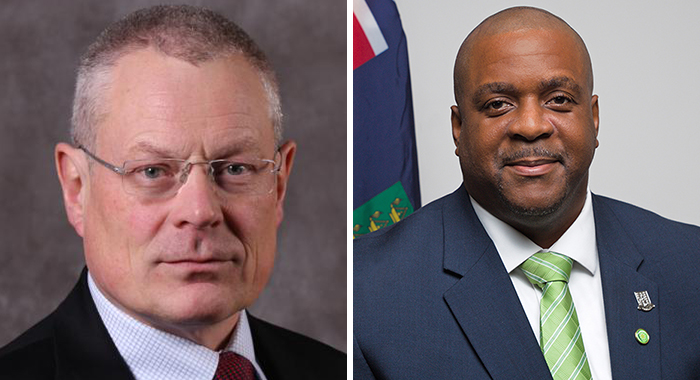 Earlier  today (Monday) and tomorrow, Premier Andrew Fahie will make his third appearance before Commissioner Gary Hickinbottom. The Commissioner will quiz the premier about his government’s approach to awarding contracts. Premier Fahie administration’s belongers policy, which affects the status of non-nationals living and working in the territory, will be challenged.

The commission of inquiry came into existence because on his last day in office, the then British Governor of the Territory Augustus Jaspert decided there should be an inquiry into governance of the territory. The broad remit of the inquiry, according to the commission’s website, was to look into “whether there is evidence of corruption, abuse of office or other serious dishonesty that has taken place in public office in recent years, and if so what conditions allowed this to happen”. The Fahie Administration has been in office but two years.

Fahie will make his third appearance before the commission. He first appeared on May 18 and then again on Sept. 14. He became premier after successfully leading his party in democratic elections in 2019.

A few things need to be made clear.  Fahie is the leader of the government in the British Virgin Islands (BVI). We speak with scientific certainty that this experienced judge, the sole commission on this inquiry, Hickinbottom, would never have done this to the British prime minister.

The optics don’t look right. Black elected leaders, public servants and the like are being called away from their work to answer questions from white colonists of the UK. Everyone living and working in the territory should be outraged by the disdainful, disrespectful actions of the commissioner.

I was speaking over lunch with a British lawyer friend of mine on the island for a trial last week. On hearing of yet another appearance by Premier Fahie before the commission, he remarked, “They are putting Fahie through the wringer. It is like the Chinese torture of old — drip, drip, drip.” In one sense, he is correct, but for me, what Hickinbottom is doing is far worse. It is an attempt to emasculate a black leader. The repeated parade of Fahie before Hickinbottom’s commission is akin to a high tech lynching.

The BVI and the world are in the throes of the COVID-19 pandemic. The attention of all world leaders is focused on governance. But here in the BVI, a commission of inquiry scheduled to last six months has been given a further six-month lease on life. To date, the commission of inquiry has not revealed any corruption or “smoking gun” on which to indict the bonafides of the Fahie administration. For sure, the auditor’s report points to some weaknesses regarding democratic best practices. Having flagged those weaknesses, we’ve already witnessed the government move to make corrections.

Yet, Fahie, his ministers and other top government officials, all black professionals, are compelled to appear before an all-white commission comprising Hickinbottom and his hawkish assistant Bilal Rawat, Andrew King and Rhea Harrikissoon. Hickinbottom and Rawat questions and commentary are inquisitorial in tone and substance. They evoke the memory of the fake Star Chamber trials for which Britain became infamous during the 16th and 17th Century.

What is taking place with this commission of inquiry is unfair to the government and people of the BVI. Government leaders and top officials are all too often dragged from their responsibilities which touches and concerns citizens, especially the poor and vulnerable, to repeatedly answer questions from a commission whose basis in law goes back to 1880.

By now, it should be crystal clear to all who have paid attention. The commission of inquiry has one sole purpose: to knit pick on details while the administration of governance in the territory grinds to a halt. All this and no smoking gun. They are setting the stage for wide-ranging British intervention into the affair of the BVI. They did it in Turks and Caicos. Their sole intent is to do it here.

It is wrong, and all democratic-minded people should call it out for being wrong. They should demand that this commission of inquiry be wrapped up in short order so that the government and people of the BVI could get back to tackling and solving the mountains of problems they face in light of the COVID-19 pandemic.

One reply on “BVI commission of inquiry a high tech lynching”