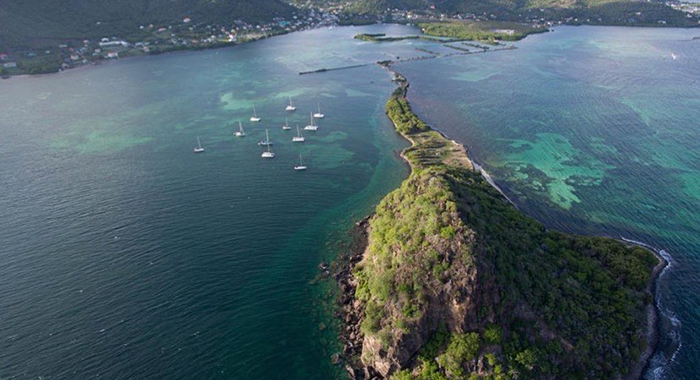 The St. Vincent and the Grenadines Environment Fund (SVGEF) will be working with SusGren to fund the second phase of the “Protecting Ashton Lagoon’s Biodiversity through the Eradication of Invasive Species” project, in the sum of US$19,358.89.

Frigate Island is a small, hilly, gem of the Southern Grenadines connected to Union Island by the Ashton Lagoon causeway.

The island is a wildlife reserve, administered by the SVG National Trust.

A biodiversity survey for Frigate Island conducted in May 2021 found that the presence of rats on the island is deleterious to the fauna of the island.

Rodent removal must be ongoing as Frigate Island is connected to the mainland via a causeway that presents a permanent access route for rats from Union Island.

Very important is also the presence of nesting barn owls, which had not been recorded on the island in more than a decade.

Therefore, rodenticides should not be used. Traps, such as box traps, can be used to catch and remove rodents from the island, without threatening other species.

The May 2021 study was conducted during the dry season when ground cover in many areas was either absent or desiccated.

A similar study during the rainy season is being recommended to better inform the island’s biodiversity lists.

Before 2021, the last survey was conducted in 1986. The need for such monitoring is evidenced by the fact that the Grenada Bank Tree Boa occurs on the island but was not recorded during field research. Currently, visitor activities and access to the island are unrestricted.

The project will train Unionites in species removal methodology and basic biodiversity monitoring (identification of fauna and flora) on the island. It will then hire trained participants to work along with an expert in carrying out removal of species and biodiversity data collection and, finally, interpretive signs will be installed.

7 replies on “Efforts continue to eradicate rats from Frigate Island”