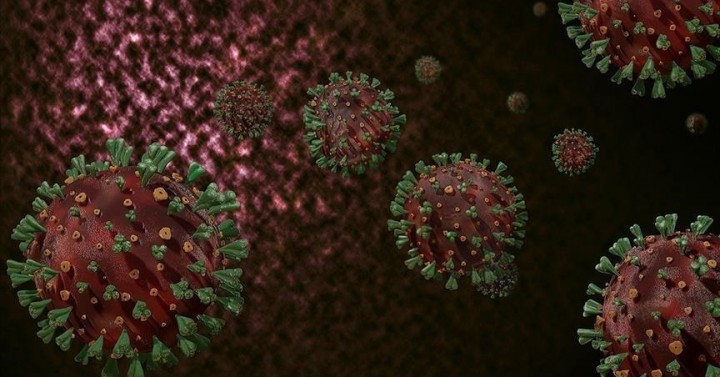 The Gamma variant of COVID-19 is the dominant variant in circulation in St. Vincent and the Grenadines (SVG), health authorities said today (Tuesday), warning that it is just as deadly as the Delta variant.

The country is currently battling a spike in COVID-19 cases, which has claimed 42 deaths since Sept. 9, taking the tally to 54, as of today.

Epidemiologist at the Ministry of Health, Tamara Bobb, told a press conference that her ministry has received from the Caribbean Public Health Agency (CARPHA) laboratory in Trinidad the results of 45 samples sent for sequencing.

The Gamma variant was confirmed in 24 cases, the Mu variant in 15 cases and the Delta variant in six cases.

Bobb said that a sample from only one person who has died of COVID-19 has met the cycle threshold for sequencing.

“… and we actually received that result recently and that person was determined to be infected with the Gamma variant,” Bobb said.

Regarding the prevalence of the Gamma variant, Chief Medical Officer, Dr. Simone Keizer-Beache said that this is not unique to SVG.

“Throughout the CARICOM countries, the Gamma variant has been found to be the dominant variant. The Gamma is the dominant variant and then the Delta is much less active in the region and the Mu also is present as a variant of interest,” she told the same press conference.

“The difference, however, in terms of Gamma versus Delta, is not significant. They are both very aggressive, … you can pass it on much more easily than say, the Alpha, and they also result in earlier signs of infection, earlier signs of symptoms and they have been shown to be much more deadly than the original variant. So, in terms of our approach, it would be the same as if we had Delta being dominant.”

“What we are seeing is the spread being the same in terms of very infectious and so our approach is, again, that we need to use our masks, sanitise, distance, and vaccinate because even though the research does say that the vaccines … are less effective when confronted by the Gamma and the Delta, they are still significantly effective and, therefore, we are seeing that.”

Keizer-Beache urged the public to follow the COVID-19 protocols.

“We are saying that persons need to get the vaccines, they need to distance. Whether it’s Gamma or Delta, what we are dealing with is a highly contagious variant and your best chances will be if you are masking, if you are sanitising, if you are distancing, and if you are vaccinated.

“And also, I am going to plead with persons to present early. I know there is a lot of anxiety about persons coming to the hospital.  It existed before COVID and it is now worse. But what is also known about the Gamma, Delta is that the progression from feeling fine to being very sick is very short — is very rapid. So if you stay at home attempting to manage it at home for yourself, you put yourself at greater risk for having a poor outcome and we ask persons to seek care early.”

Meanwhile, Bobb said that the positivity rate — the number of positive cases as a percentage of the samples collected on any one day — is declining since October.

“It’s showing a decline in terms of our positivity, how many positive cases we get for each set of samples that we run. So we are seeing a slight decline. The average positivity for the last seven days is 10.4%,” Bobb said.

The epidemiologist said that the majority of the active cases are in the Kingstown (29%) Calliaqua (Sion Hill to Stubbs – 22%) Pembroke (Lowmans Leeward to Barrouallie — 20%)) and Northern Grenadines (Bequia and Mustique — 11%) health districts.

Before the current spike, there were 12 COVID-19 deaths in SVG.

Since then, 42 additional COVID-19 deaths have been recorded, the majority of them — 54% — being females.

The country has seen an average of six deaths per week, and all of the people who have died were unvaccinated, Bobb said.

The country has seen 201 infections among persons who are fully or partially vaccinated against COVID-19, including 15 imported cases, or 7.5% of all breakthrough infections.

7 replies on “Gamma is dominant COVID-19 variant in SVG”