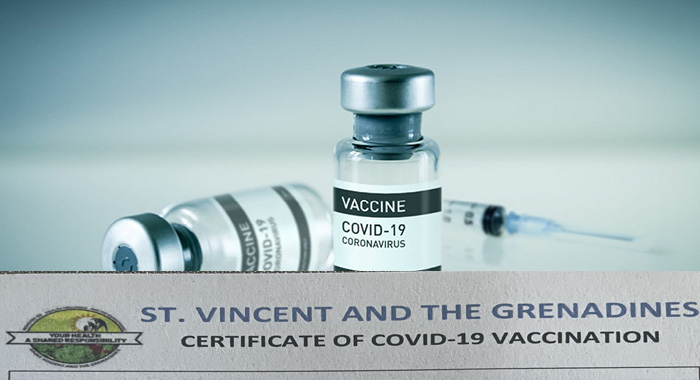 The Government of St. Vincent and the Grenadines, as of last Friday’s deadline, had not received proof of the COVID-19 vaccination status of about 320 of the nation’s 2,000 teachers.

The data were gleaned from information presented by Prime Minister Ralph Gonsalves on NBC Radio on Wednesday.

He said that the Ministry of Education had advised him on Tuesday — day one of a two-day strike called by the Teachers’ Union in protest against the vaccine mandate — that “all the schools functioned well.

“Overwhelmingly, the teachers who were to turn up, turned up,” Gonsalves said, adding that some teachers’ terms of employment had ended because they did not take the vaccine by last Friday, in keeping with a law passed by his government.

“…and that number includes close to 200, who sought exemptions,” he said, adding that most of these people were awaiting a response from the chief personnel officer.

On Nov. 19, a law passed by the Cabinet of Ministers came into effect, mandating COVID-19 vaccines for teachers and other “frontline” workers.

A 10-day grace period under the law expired last Friday, Dec. 3, and workers who had not taken the vaccine or received an exemption on religious or medical grounds, were considered to have abandoned their jobs.

“I was advised there are about 45 teachers who sought medical exemptions,” the prime minister said.

“Well, all of those knew whether they have medical exemption or not, because that’s a fairly straightforward one.”

To receive a medical exemption, the applicant must get the approval of one of 12 doctors approved by the state. The chief medical officer could ask for a further review of those doctors’ recommendations.

“Different people are given different times, depending on what their medical condition is. Maybe some of them had had COVID and there’s a temporary exemption for the time to elapse before you can actually take the vaccine.

“And others would have had some medical condition which may necessitate a temporary exemption of some sort or the other.”

The prime minister said that about 150 teachers applied for religious exemption from taking the jab.

“Out of that number, I’ve been advised that 17 of them, from four particular religious denominations, which, as I’ve been advised, have as a matter of doctrine, a doctrine against vaccination.”

Even if a person receives an exemption on medical or religious grounds, their continued employment with the government depends on whether the government can “make an accommodation” for them.

That is, whether the government can find a suitable post for the unvaccinated worker.

Gonsalves said that the teachers who have received religious exemptions are members of  Life by Faith Ministries, Nyabinghi Order, the Thusia Seventh day Adventist Church and the Assemblies of Yahweh.

He said that some of the 133 teachers whose applications for exemption on religious grounds were unsuccessful, had been informed and others were being informed.

He said that the latest numbers were sent to him on Monday.

“But it turns out that … some persons who hadn’t submitted their vaccination status actually had been vaccinated. So the number is certainly less than 320. The extent of that number, which is less, I don’t know. But close to 200 of those would have … applied either for religious exemption or medical exemption.

“And remember this, you have 88 schools — primary and secondary — and you will have approximately 2,000 teachers. So the numbers are not as those who haven’t been vaccinated, they’re not so large as to prevent school taking place.

“In any event, by Monday, I was advised that 91 persons had been recruited temporarily to fill any vacancy and those  temporary vacancies, those things will, of course, be filled over the period of the year,” Gonsalves said.