Vincy student to host another cross-cultural concert in Taiwan 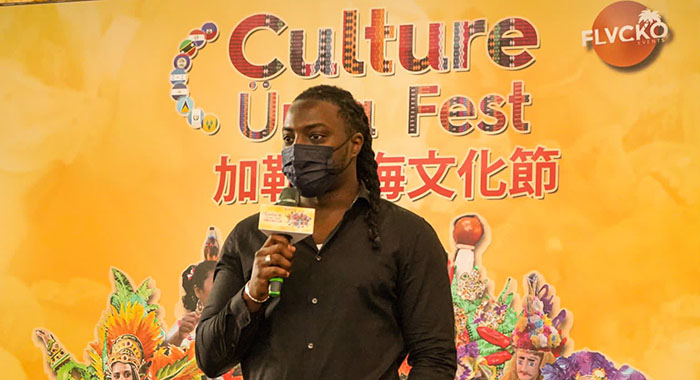 A Vincentian student has once again taken the initiative to present a cultural platform for local and foreign performers by means of a Cross-Cultural Concert.

The event, “A Night In Xinyi” is set for Jan. 29 and will promote Caribbean, Taiwanese and African artists through performance arts.

The Vincentian student, Ari Shaw, who worked in journalism in Saint Vincent and the Grenadines, and is now in his final year of his bachelor’s degree in the field in Taiwan, told iWitness News that the concert aims to point out the similarity and differences of cultures through the diverse performance line-up booked for that night.

“As the April 17 Culture Uma Festival has proven, the Caribbean, Latin America and Africa boast a number of great performers currently in Taiwan. An Evening at Xinyi will provide just this to a Taiwanese audience: An upscale rooftop event allowing audiences the ability to enjoy performances as the sun falls behind Taipei 101,” Shaw said.

He added: “Events like these are not only of cultural value, but it is also important for the diaspora to see that no matter where we are in the world, we can promote black power, business, talent and stand as pillars in these communities.”

The journalism major and founder of Flvcko Events,  however, noted that while the event is his brainchild, it is in collaboration with a group of African event planners called “The Firm” consisting of Nigel Mupondi and Paddington Dube from Zimbabwe; and Mandisa Mditshwa from South Africa.

“When I approached The Firm, they immediately hopped on board with the joint aim of promoting black culture and diversity, and its similarities with Taiwanese culture,” Shaw said, adding that the SVG Embassy in Taipei fully endorses the event and a number of dignitaries have indicated their intention to attend.