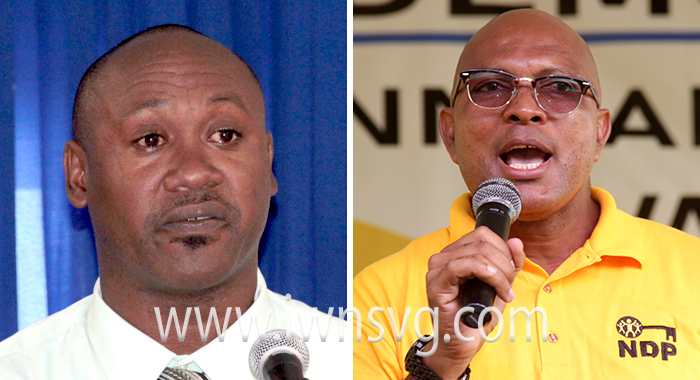 Brenton Smith, a police officer who was fired in December over his refusal to take a COVID-19 vaccine, as mandated by the Ralph Gonsalves government, was today (Sunday) elected general secretary of the opposition New Democratic Party (NDP).

Smith, a former station sergeant of police who was chair of the Police Welfare Association at the time of his dismissal, amassed 130 votes, to win the two-way race that included the incumbent, Tyrone James, a retired SVG Coast Guard commander, who held the post for five years.

Meanwhile, South Leeward MP, Nigel “Nature” Stephenson was elected to one of the two vice-president posts, joining Central Kingstown MP, St. Clair Leacock, who has been an NDP vice president for two decades.

Fitzgerald Bramble, a first-term MP for East Kingstown, got 89 votes (17.6%) while senator Israel Bruce, who failed to win the South Central Windward seat in his first attempt in 2020, got 49 votes (9.7%).

Opposition Leader Godwin Friday was returned to the presidency of the party unopposed, as was also the case with West Kingstown MP, Daniel Cummings, who remains chairman of the NDP.