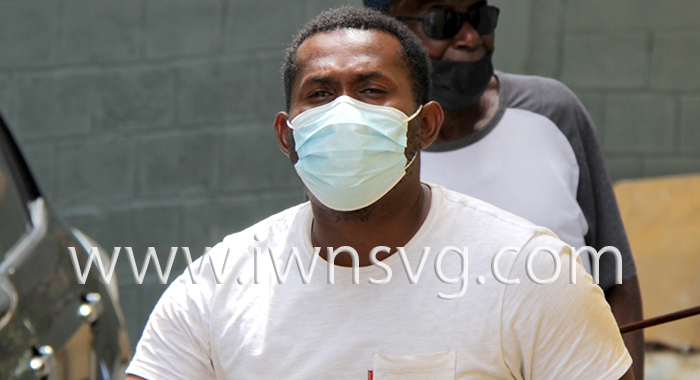 A man who attempted to get elected to the House of Assembly as an independent candidate in the November 2020 general elections will be tried next month on gun and ammunition charges.

Asordo Bennett, of Rillan Hill, appeared before the Serious Offences Court, today (Monday), charged that on Feb. 24, at Pembroke, he had in his possession one TP9 SA 9mm pistol, serial number T6472-16AP18943, without a licence issued under the Firearms Act.

He was further charged that on the same date and place, he had in his possession three rounds of 9mm ammunition, without a licence issued under the firearms Act.

Bennett pleaded not guilty before both charges.

Prosecutor Station Sergeant of Police Renrick Cato did not object to bail when Bennet was arraigned before Chief Magistrate Rechanne Browne.

He asked the court to order the defendant to surrender his travel documents, report to police and that stop notices be posted at ports of exit and entry.

Cato said that he did not anticipate that the trial would be a lengthy one.

Browne granted bail in the sum of EC$12,000 with one surety and ordered Bennet to report to the Questelles Police Station on Wednesdays between 6 a.m. and 6 p.m..

The chief magistrate further ordered that the defendant surrender his travel documents and obtain the permission of the court if he wishes to leave the country.

She ordered that stop notices be posted at ports of entry and exit.

Bennett returns to court on March 22.

In November 2020, Bennett obtained 16 votes in his bid to win the South Leeward seat as an independent candidate in a three-way race.