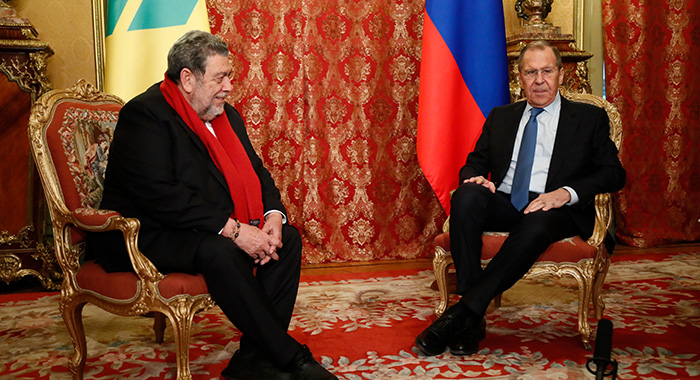 One of the Vincentian students in Russia “may be interested” in returning home.

Prime Minister Ralph Gonsalves said on radio on Sunday that he had seen a document suggesting this.

“We have had students and have students today in countries all over the world. In fact, we have in Russia. On Friday, my permanent secretary gave me a communication which suggested that a student in Russia may be interested in coming home,” Gonsalves said.

“So I gave instructions to find out what are the circumstances and everything. But up to that point, we have had no queries, no problems.

“… the issue is how people could receive some monies. Because of the sanctions, they are out of the SWIFT system, but, as you correctly said, we’re trying to work out with the Russian ambassador in Guyana, who is responsible for Russian relations with St. Vincent and the Grenadines. So, we’re working there.”

On Feb. 28, after Moscow invaded Ukraine, Opposition Leader Godwin Friday called for the repatriation of Vincentian students in Russia, including two police officers.

“What are our police officers doing training in Russia? What could it teach us about policing in a democracy?”

iWitness News understands that the police officers, who have been in Russia since 2018, are studying “national security matters”.

The opposition leader said that bringing the Vincentian students home is “not just a matter of security”, adding that it is Ukraine that is “physically being at risk of being violated.

“But nevertheless, our people who are studying in these countries, to say that we are terminating those programmes and calling them home is a stance that we can send a message and say you can’t do what you’re doing in Ukraine and expect business as usual or expect relationships as usual.”

12 replies on “Russia responds to PM Gonsalves’ letter to Putin”